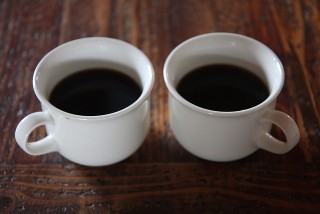 A cup of coffee in the morning may pack more than just an energy boost.

The consumption of coffee goes back centuries. In 17th century England the popularity of the drink gave rise to a number of coffee houses which were dubbed ‘penny universities’, because with one penny a person could buy a cup of coffee and have intellectually stimulating conversations with other people.

Nowadays, with over 400 billion cups consumed every year, coffee is one of the world’s most popular drinks. But what makes it special – you might also want to know what all that java is doing for you, or to you.?

More and more research is emerging to suggest that there may be several health benefits associated with drinking this dark black beverage, from protecting against type 2 diabetes,Parkinson’s disease, liver disease, liver cancer, and promoting a healthy heart.

Here is a condition-by-condition look at the research.

Researchers looked at more than 120,000 people who drank coffee and found those who added more than a cup to their daily intake had a lower risk of developing type 2 diabetes.

And those who decreased more than a cup from their daily diet had an increased risk of developing the disease. (Video via ABC)

A researcher told CNN, “As long as coffee doesn’t give you tremors, doesn’t make you jittery, it is associated with a lot of health benefits.”

Researchers aren’t completely sure why coffee lowers the risk of type 2 diabetes but theorize it could be because coffee is rich in magnesium – a chemical element already known to lower the risk.

Coffee could even have positive effects for your liver, according to the U.S. National Cancer Institute.

Researchers looked at how coffee affected more than 27,000 people and discovered people who drank three cups of coffee a day had healthier livers than those who did not – regardless of whether the coffee they drank was decaf.

Scientists aren’t sure exactly what component in coffee is providing the benefits to the liver. They just know now it’s not the caffeine.

Harvard and Brigham and Women’s Hospital researchers found people’s caffeinated-beverage drinking habits have to do with their genes.

The researchers looked at 120,000 coffee drinkers and their genetic codes and found six specific genetic variants that might cause some people to become addicted to caffeine.

And United Kingdom researchers found journalists and media staff are more dependent on coffee than any other profession.

The study looked at about 10,000 professionals from different industries and found 85 percent drank at least three cups of coffee a day and 70 percent said they would struggle to perform their work without the drink.

The fact that coffee contains good stuff does not necessarily mean that it’s good for us, says James D. Lane, PhD, professor of medical psychology and behavioral medicine at Duke University Medical Center in Durham, N.C.

“It has not really been shown that coffee drinking leads to an increase in antioxidants in the body,” Lane tells WebMD. “We know that there are antioxidants in large quantities in coffee itself, especially when it’s freshly brewed, but we don’t know whether those antioxidants appear in the bloodstream and in the body when the person drinks it. Those studies have not been done.”

Fast food burgers, fries, chicken nuggets. and other greasy fare, might be popular with kids, but it’s not good for their waistlines — and now it turns out, it will affect how students perform in school, according to a new study led by an Ohio State University professor. Fast food has long been linked to obesity, but a new study suggests ...