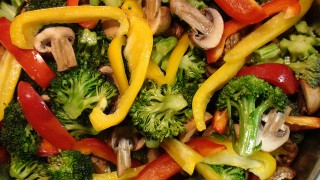 Dr. Mercola provides a list of the 30 Healthiest foods of all time.

In a survey of at-home spending patterns on food among US households, the Economic Research Service (ERS) of the US Department of Agriculture revealed Americans are throwing a lot of their food budgets toward very unhealthy foods.

The average US household spent most of their food budget (nearly 18 percent) on refined grains followed by sugar and candies (at nearly 14 percent). The next highest category was red meat (mostly from concentrated animal feeding operations, or CAFOs), followed by frozen or refrigerated entrees and beverages.

In stark contrast, Americans spent less than 0.5 percent of their food budget on dark green vegetables and a similar amount on orange vegetables. Other vegetables made up less than 4 percent of at-home food spending and whole fruits just over 6 percent.

As reported by Forbes:

“It is not that shoppers are spending less than they should on food in general. We spend 17 percent of our food shopping dollars on refined grains (more than three times what is recommended).

…And while the USDA recommends spending less than 1 percent on sugar and candies, most Americans spend closer to 14 percent of their food budget on sweets. This means that it is in fact not the desire to save money that makes us eat badly, but our own poor choices.”

I believe it is partly a matter of making good choices and partly a matter of getting educated about which foods are truly healthy. Contrary to popular belief, you don’t have to break the bank to eat good food. In fact, many of the healthiest foods that follow are quite economical.

Even better, because there are so many healthy foods, you can plan your meals around what’s in season… and what’s on sale.

In order to protect your health, I advise spending 90 percent of your food budget on whole foods, and only 10 percent on processed foods. Click on this link to see the slideshow that features the 30 of the healthiest foods you eat and Dr. Mercola’s comments. Choosing from them is a very good start to feeding your family right.

How To Do Expert Push-ups For the best results, “Make sure your body is in a straight line from your head to your ankles,” Bevan says. “In the start position, ensure your hands are slightly narrower than shoulder-width apart, with your wrists directly below your shoulders.” Bevan says research has shown that using a narrower hand placement ...