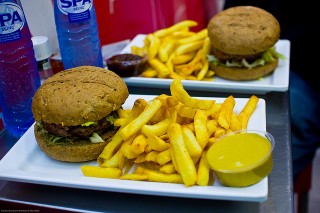 What are LDL-C, HDL-C, triglycerides, and total cholesterol?

It’s helpful to know the different components of the blood test which measures your cholesterol so that you understand what your levels are:

The Way We Think About Cholesterol Could Soon Change

WASHINGTON (AP) — Dietary advice can be confusing. Is it OK to eat meat and eggs? Is fat in or out? What about grains? How much salt?

An advisory committee’s recommendations for the nation’s dietary patterns are due soon, and some advice may be changing. The committee is expected to downplay the importance of lowering cholesterol intake and may put less emphasis on eating lean meats. The panel could also tweak its recommendations on exactly how much salt is too much and put limits on sugar consumption for the first time.

The Agriculture and Health and Human Services Departments will use the advisory committee’s report to write the final version of the 2015 dietary guidelines, due by the end of this year.

In December, the advisory panel said in its preliminary recommendations that cholesterol is no longer “considered a nutrient of concern for overconsumption.” That would be a change from previous guidelines, which said Americans eat too much cholesterol. This follows increasing medical research showing how much cholesterol is in your bloodstream is more complicated than once thought, and depends more on the kinds of fats that you eat. Medical groups have moved away from specific targets for cholesterol in the diet in recent years.

There’s also some new science on salt. The 2010 dietary guidelines recommend that people eat less than 2,300 milligrams a day. That is reduced to 1,500 milligrams for some people at risk of heart disease.

A 2013 report by the Institute of Medicine said that while lowering salt intake is important for heart health, there is no good evidence that eating less than 2,300 milligrams a day of sodium offers benefits. The advisory panel’s discussions hint that they may not include the lower recommendation for certain groups.

In its draft recommendations, the panel said the problem it is trying to solve is high rates of “preventable chronic disease” and obesity.

The panel said the gap is an American diet too high in sodium, saturated fat, refined grains, added sugars and calories, and too low in vegetables, fruit and whole grains.

Exercise and diet ‘not enough to lose weight’: Doctors should treat obesity as a chronic disease because of biological factors that cause it Dieting triggers biological mechanisms which encourage weight gain Evidence suggests these biological adaptations could persist indefinitely Critics say obese people can lose weight if they are committed ...