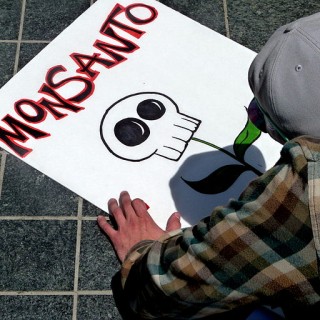 Dr. Mercola provides an inside view of the role Genetic Engineering (another term for genetic altering or manipulation) plays in the food production industry and the degree of our exposure to such products. There are genetically modified seeds that wind up in various products and animal feeds. Most pigs raised in American piggeries are fed a GE diet; typically, a mixture of GE soy and corn. Industry giants, such as Monsanto are involved in the production of  the modified seeds and animal feeds. They vigorously resist any attempts to claim their efforts can be unsafe. Are GEF unsafe, or even deadly – the research by Dr. Judy Carman summarized herein, will provide the probable answer.

Dr. Judy Carman, one of the few researchers in the world who has carefully and independently evaluated this question, can help you provide answers to your friends and family.

Dr. Carman has degrees in both epidemiology and medicine, specifically in the field of nutritional biochemistry in metabolic regulation in relation to cancer, and her research into GE foods provides compelling evidence for avoiding such foods if you value your health, and want to protect the health of your children as they grow older.

Her background involves both cancer research, and work as a senior epidemiologist in Australian government, investigating outbreaks of disease. She’s currently an adjunct associate professor at Flinders University in South Australia, as well as the director of the Institute of Health and Environmental Research (IHER).

As one of the few researchers looking into the effects of genetically modified organisms (GMOs), Dr. Carman is no stranger to the many challenges that this kind of research entails. The biotechnology industry has devised a rather clever and sophisticated control system that largely prevents independent research of their products.

Besides the hurdle of obtaining the GE seeds in question, protected as they are by rigid patent laws, researchers who venture into GMO research must also be prepared to survive the personal and professional discrediting and abuse that comes with the territory.

In the last six years, Dr. Carman has survived six different attempts to have her removed from her various university positions, for example. As she notes later in this interview, she was largely “protected” by the fact that she knew this going into the research, and chose to stop receiving a salary and getting paid for her work.

Dr. Carman and her team were  fortunate enough to obtain the funding for their research from the government of Western Australia.

Howard Vlieger, who is the second co-author of the study, had noticed differences in pigs fed a GE diet compared to those given non-GE feed, and he was one of the primary instigators of the investigation. Dr. Carman explains what got them started:

“The two main things he was seeing was an increase in intestinal problems in pigs fed GM feed, particularly an increase in stomach inflammation. He was also seeing things such as a thinning of intestinal walls, and hemorrhagic bowel disease, where a pig can… bleed out from its bowel within 15 or so minutes.

The other thing he was seeing was a reduced ability to conceive in the sows (female pigs) and higher rates of miscarriage in female pigs fed GM crops. [In] communities in the United States that still use boars to inseminate their sows… he was also seeing a reduction in the number of piglets born.”

Research by food industry researchers look for results that are typically irrelevant to human health. These studies are basically done to reassure primary livestock producers that if you feed this GM feed to your animals, they will live long enough to get to market and produce a good yield

When industry studies are done to determine human health harm, a very small number of animals are typically used, who are then given GE feed. Sometimes, however, they may not even feed the animals with the GE crop in question. Instead, they might just use the “active ingredient” or in this case the particular plant protein that has been inserted into the plant. For example, a small number of animals might receive a GE protein, and the effects of a singular dose are then noted over the course of seven to 14 days. If the animal (usually a rat) doesn’t die, all is presumed to be well. Crazy as it seems, this is sometimes the main safety assessment performed by the industry.

Even more remarkable, sometimes, the protein tested doesn’t even come from the actual GE plant, but rather from the bacteria they genetically engineer to produce what they hope is the same protein. As Dr. Carman notes, this kind of testing is not going to reveal the long-term health outcomes associated with eating the GE food over the course of years, or an entire lifetime.

We all have heard that a diet rich in fruits and veggies can provide essential nutrients, fiber and a host of other health benefits. There is a red flag to be aware of – that like all foods – certain fruits have more calories than others, and some have a lot more sugar. However, it’s not as bad as eating candy. Fruits are filled ...