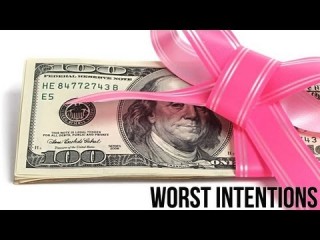 Women dread the words “breast cancer, yet always looking for someway to prevent it or catch it early. The question here is: are there any benefits or drawbacks in mammography usage? Below are excerpts of recent findings. You can read the full article by clicking here.

Mammograms are in the news again. Former “Good Morning America” host Joan Lunden recently announced she was diagnosed with a particularly aggressive form of breast cancer – two weeks after a mammogram gave her a clean bill of health.1The diagnosis was made via ultrasound, which revealed a lump the mammogram had missed.

Two studies about the effectiveness of mammogram screening, released just weeks apart, also cast further doubt on the wisdom of subjecting yourself to the risk of routine mammography.

The first study, featured in the above news report, relates to an extensive review of research conducted by Harvard Medical School and Brigham and Women’s Hospital and published in the April 2014 issue of Journal of the American Medical Association.

The analysis covered more than five decades of data and examined mortality benefits and harms of mammography screening, with results that were far from glowing.

The study found that while mammograms decreased a woman’s risk of dying from breast cancer by an average of 19 percent, the same amount—19 percent—of the cancers found and treated are actually not life-threatening and do not need to be treated.

The second new study involved 1.8 million Norwegian women diagnosed with breast cancer between 1987 and 2010, and was published in the March 2014 issue of The European Journal of Public Health.  Researchers found that among women 50 to 69 years of age, breast cancer screening is associated with a significantly higher incidence of early stage, lower lethality cancer (221 percent) and HIGHER rates of late-stage, more advanced breast cancer (35 percent) when compared with women who did not receive mammogram screenings. This is exactly the opposite of what you would expect to see if mammograms were actually catching malignant tumors earlier—late stage cancers would be lower and not higher.

Judge Clay Jenkins (center) is pictured announcing possible sites for housing unaccompanied children in Dallas County. He tweeted this photo with the caption “In Texas we take care of children.” (@JudgeClayJ/Twitter) Dallas County Judge Clay Jenkins is facing criticism for a plan to house children crossing the border from Mexico illegally. He ...