Are Parents Guilty Of Children’s Obesity? 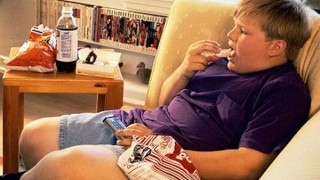 Childhood obesity is a serious medical condition that affects children and adolescents. It occurs when a child is well above the normal weight for his or her age and height. Childhood obesity is particularly troubling because the extra pounds often start children on the path to health problems that were once confined to adults, such as diabetes, high blood pressure and high cholesterol. Childhood obesity can also lead to poor self-esteem and depression. One of the best strategies to reduce childhood obesity is to improve the diet and exercise habits of your entire family. Treating and preventing childhood obesity helps protect the health of your child now and in the future.

Childhood obesity is a big problem. If the parents aren’t doing anything about it – it is a bigger problem. This amazing research shows that some parents don’t seem to know there is anything wrong. Some education can go a long way here.

Parents are more likely to see their child/children through rose-colored glasses. However, for those with children who are obese or overweight, this can pose a serious risk to their future health.

Unfortunately, recent findings showed that these parents were more likely to believe that their child was perfectly healthy, despite excess weight that could increase the risk of certain medical issues.

“Parents have a hard time changing their child’s dietary and physical activity behaviors,” said lead author Kyung Rhee, MD, and an assistant adjunct professor in the Department of Pediatrics, in a news release. “Our study tells us what factors may be associated with a parent’s motivation to help their child become more healthy.”

The research was based on a survey of 202 parents whose children were enrolled in an obesity clinic at the Hasbro Children’s Hospital in Providence, Rhode Island, in 2008 and 2009. All of the parents were probed regarding their readiness to improve their child’s eating habits and physical activity levels, with child participants ranging from 5 to 20 years old, mostly female and 94 percent classified as clinically obese.

Despite many of the children’s weight issues, findings revealed that 31.4 percent of parents perceived their child’s health as excellent or very good. Twenty-eight percent did not even think of the extra weight as a health concern.

Findings also revealed that parents were more likely to change their child’s diet than encourage the recommended hour of daily physical activity.

Furthermore, those who had talked with their primary care physician about healthy eating strategies were more likely to be in the “action stage of change” with their child’s diet than those who viewed their own battle with weight as a health concern.

Various factors including education, income and race/ethnicity were also determinants in the likelihood of dietary or physical fitness changes that would be made.

Those who made less than $40,000 per year were less likely to make sure their child received regular exercise. While parents with children 14 and up were also less likely to help their child develop a physical dimension to their life than those with younger children.

More information regarding the findings can be seen via the Journal of the Academy of Nutrition and Dietetics.

In this much anticipated book, Robert H. Lustig documents the science and the politics that has led to the pandemic of chronic disease over the last 30 years.

Yogurt is a favorite among many, especially the flavored kinds. There is much to criticize with respect to the added sugars but never the less the beneficial bacteria contribute much to gut and immune system health. This study adds a new and very important dimension to the role eating yogurt (hopefully you use the plain or make your own). A new ...