Are There Food Dyes in Brand Name Foods? 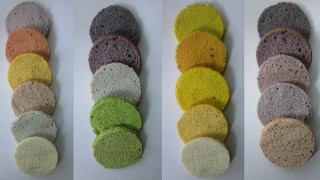 We always knew that some dyes were carcinogenic. Many were even eventually banned. This study is surprising in that it identifies a large number of potentially harmful dyes where least expected. Read this revealing post by Dr. Mercola that exposes the culprits.

If your child eats a bowl of packaged macaroni and cheese or breakfast cereal, for instance, is he or she ingesting more than 30 milligrams (mg) of dye? This is the amount that has been found to cause behavioral issues in some children.

But it’s not only rainbow-colored cereal, cupcakes, and candies that contain artificial colors. Even salad dressing, peanut butter crackers, soups, and chips often contain synthetic dyes. If you or your children consume multiple artificially colored foods at one sitting, the amount of dye can add up quickly, with unknown consequences to your health.

First Study Reveals How Much Dye Is in Common Foods

A study by Purdue University scientists reported the amounts of artificial food colors found in US foods, and revealed that many children could be consuming far more dyes than previously thought.

The US Food and Drug Administration (FDA) permits nine different colors to be added to foods, and the agency certifies each batch for “purity and safety.” Well, the amount of dye certified has risen from 12 mg per capita, per day in 1950 to 62 mg/capita/day in 2010. It’s clear that Americans are consuming more artificial colors, but how much is in your food?

The study revealed that the amounts of dyes in even single servings of some foods are higher than amounts shown to impair children’s behavior. Here’s a breakdown of some name-brand foods and how much dye they contain:

Beverages are actually one of the largest sources of artificial colors in the average US diet. The Purdue researchers published a study last year that revealed the high levels of dye in an eight-ounce serving of many popular beverages:3,4

With numbers like these, the researchers believed children could easily consume 100 mg of artificial color in a day, while some children may consume more than double that amount.

In 2007, a carefully designed, randomized, double-blind, placebo-controlled study published in the journal The Lancet concluded that a variety of common food dyes and the preservative sodium benzoate cause some children to become measurably more hyperactive and distractible.

This wasn’t the first time such a link had been established. In 1994, researchers found that 73 percent of children with ADHD responded favorably to an elimination diet that included removing artificial colors.

But in the case of the Lancet study, it prompted the British Food Standards Agency (FSA) to issue an immediate advisory to parents, warning them to limit their children’s intake of additives if they notice an effect on behavior. They also advised the food industry to voluntarily remove the six food dyes named in the study and replace them with natural alternatives if possible.

As of July 2010, most foods in the EU that contain artificial food dyes were also labeled with warning labels stating the food “may have an adverse effect on activity and attention in children.” And this prompted many food manufacturers to voluntarily remove the dyes from their products. This is why if you eat a Nutri-Grain strawberry cereal bar in the US, it will contain artificial color, including Red 40. But that same bar in the UK contains only natural colorings.

In fact, the UK branches of Wal-Mart, Kraft, Coca-Cola, and Mars removed artificial colors, sodium benzoate, and aspartame from their product lines as a result of consumer pressure and government recommendations – back in 2011

In the US, however, the FDA continues to allow these toxic ingredients in countless popular foods, including those marketed directly to children. At the end of March 2011, the FDA held a session to discuss the science on food dyes and hyperactivity.

They decided that warning labels are not necessary on US foods that contain artificial color because a causal relationship had not been established in the general population (although they did acknowledge that food dyes may cause behavioral problems in some children).

Research has shown that a small number of children react to very low levels of dye, while a larger percentage of children are impacted by larger amounts – doses that were deemed unrealistically high.

With the new Purdue study, however, we can finally see that many children could be consuming hundreds of milligrams of dye daily, levels that have not been previously tested for safety.

As the Center for Science in the Public Interest (CSPI) noted, a child who eats two cups of Kraft Macaroni & Cheese, a small bag of Skittles, and eight ounces of Crush Orange will consume 102 milligrams of artificial food coloring – at one sitting. Laura Stevens, research associate in the Nutrition Science Department at Purdue and lead author of the study, told CSPI:

“In the 1970s and 1980s, many studies were conducted giving children 26 mg of a mixture of dyes. Only a few children seemed to react to the dyes, so many doctors concluded that a dye-free diet was pointless.

Later studies using larger doses showed that a much larger percentage of children reacted. But some researchers considered those doses unrealistically high. It is now clear that even the larger amounts may not have been high enough. The time is long past due for the FDA to get dyes out of the food supply or for companies to do so voluntarily and promptly.”

How much protein should be included in your daily diet and how much should be included with each meal has been the subject of continuing debate. The study below is suposed to lay this matter to rest, once and for all. See if you agree. PUBLIC RELEASE DATE: 20-May-2014 Contact: Molly Dannenmaiermjdannen@utmb.edu409-772-8790University of Texas Medical ...