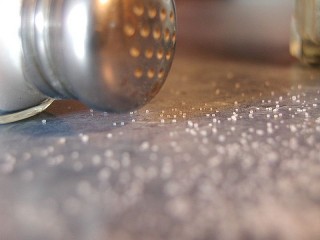 People who eat the least salt may be hurting their hearts, according to a study causing controversy amid efforts to cut sodium consumption.

The results published Wednesday in the New England Journal of Medicine found the expected link between heart complications and high levels of sodium, which is known to boost blood pressure and cardiovascular risks. Those at the lowest end, as measured by the amount of sodium in their urine, were also at greater risk – a 27 percent increased chance of heart attack, stroke, and death from cardiovascular causes, the study found.

Researchers found a healthy range for sodium intake and concluded as many as 75 percent of Americans were in the zone. The issue is that national recommendations from the Centers for Disease Control and Prevention and the American Heart Association are in the lower area where cardiovascular risks may increase, Yusuf said.

“Going down to those levels may be harmful,” he said.

You can review the entire news post by clicking here.

A sip or two of soda for young children carry some serious health consequences for their teeth. A new study conducted by dental researchers at the University of Adelaide found that high acidity drinks–including sodas, fruit juice, sports drinks and other beverages–form a “triple-threat” of permanent damage to young mouths. Even ...