Can Asthma Symptoms Be Lessened? 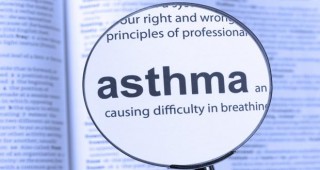 Asthma sufferers long for a proven and easy way to experience symptom relief. Read about this new finding.

There is good news for asthma patients as scientists have now identified a new synthetic molecule that prevents T-cells from orchestrating asthma brought on by allergens. ‘We have identified a synthetic molecule, a sulfate monosaccharide, that inhibits the signal that recruits T-cells to the lungs to start an asthma attack,’ said Minoru Fukuda of Sanford-Burnham Medical Research Institute in the US.

The molecule substantially lessened asthma symptoms such as inflammation, mucus production, and airway constriction, Fukuda added. The study, performed in mouse models for asthma research, showed that the synthetic sulfate monosaccharide blocks the interaction between chemokine CCL20 – a T-cell signaling protein – and heparin sulfate, a molecule that protects and immobilises CCL20 on epithelial cells in the lung. (Read:Sunlight can help control symptoms of severe asthma)

Blocking this interaction stalled the recruitment of the T-cells that trigger inflammation. The favourable results were achieved when the novel molecule was administered intravenously as well as by inhalation. ‘Pulmonary inhalation of this new molecule may help reduce asthma symptoms by suppressing chemokine-mediated inflammatory responses,’ Fukuda added. Asthma is a chronic (long-term) lung disease that inflames and narrows the airways. (Read:10 facts about asthma you should know)

The study appeared in the journal Proceedings of the National Academy of Sciences.

With inputs from IANS

Asthma is a disease of the airways which makes breathing difficult. It is caused by inflammation of the air passages that make them narrow temporarily. Symptoms of narrowing airways include wheezing, shortness of breath, chest tightness and coughing. There can be several triggers or factors that can aggravate the symptoms of asthma. Common factors include dust, mites, pollen, smoke, pollution, weather changes, cold & cough and respiratory infections. Asthma can be broadly categorised into two categories – specific and non-specific. Specific asthma is caused by breathing in allergens or irritants while non-specific asthma is caused by exercise, weather or genetic predisposition. The exact cause of asthma is not known but it is seen in families having a history of asthma. Some children get diagnosed with asthma but their symptoms may disappear in teenage years. This condition is called childhood asthma. For some people, asthma can be a chronic condition, where prolonged inflammation can cause permanent narrowing of airways. A severe onset of asthma symptoms of is called asthma attack. It may require hospitalisation and can often be life-threatening. Asthma cannot be cured, but it can be managed well with a number of treatment options aimed at relieving the symptoms and preventing the occurrence of severe asthma attacks.

Check out this great publication:

Asthma-Free Naturally: Everything You Need to Know to Take Control of Your Asthma – Featuring the Buteyko Breathing Method Suitable for Adults and Children

What Are The 7 Surprising Signs of an Unhealthy Heart?

It is good to know that there are symptoms to alert you to see a medical person immediately. The symptoms noted tion below should not be overlooked. The most common symptom of coronary artery disease (CAD) is angina, a type of chest pain. Angina (officially called angina pectoris) is different from the sharp clutching pain of a heart attack; it’s ...