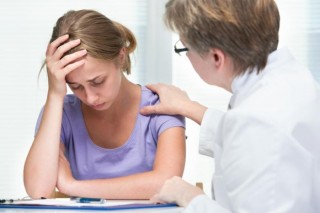 Depression is not “one size fits all,” particularly when it comes to the genders. Not only are women more prone to depression than men, but the causes of female depression and even the pattern of symptoms are often different. Many factors contribute to the unique picture of depression in women—from reproductive hormones to social pressures to the female response to stress. Learning about these factors can help you minimize your risk of depression and treat it more effectively.

Depression is a serious condition that can impact every area of your life. It can affect your social life, relationships, career, and sense of self-worth and purpose. And for women in particular, depression is common. In fact, according to the National Mental Health Association, about one in every eight women will develop depression at some point during her lifetime.

If you’re feeling sad, guilty, tired, and just generally “down in the dumps,” you may be suffering from major depression. But the good news is that depression is treatable, and the more you understand about depression’s particular implications for and impact on women, the more equipped you will be to tackle the condition head on.

Back in 2010, Dr. Felice Jacka and her team published a study that found that the Western diet of processed, fried and sugar-filled foods increased the chances of depression and anxiety in women. It’s also unsurprising that the U.S. consumes more calories daily than any other country in the world.

Dr. Jacka plans to take her study further. She intends to work with volunteers diagnosed with depression. Dr. Jacka wants to encourage her subject to eat more fruits, veggies, olive oil, raw nuts, oily fish and whole grains and less red meat, dairy and processed foods. BBC News reports that Jacka and her team will use blood tests to more firmly establish the link between food and mood.

This is not the first time scientists have discovered a link between what you eat and how you feel. A recent study found that eating fish helped to reduce the risk of depression in women.

Below are excerpts of the 2010 study.

Depressive illness is influenced by genetic, hormonal, immunological, biochemical, and neurodegenerative factors. Diet modulates each of these factors and, as a result, has a plausible impact on the development and course of this illness .

Inflammatory processes are thought to play an etiological role in the onset and maintenance of depressive disorders , as well as being of central importance in the high-prevalence noncommunicable diseases, such as cardiovascular disease, diabetes , and cancer . Inflammation may, in part, explain the association between these medical illnesses, depression, and mortality, as well as the associations with diet. Adherence to a Mediterranean diet, high in vegetables, fruits, legumes, whole grains, fish, olive oil, and low-fat dairy products, correlates with lower levels of inflammatory markers , whereas western-type diets and diets high in refined carbohydrates are associated with higher levels of C-reactive protein, a marker of low-grade inflammation .

Nutritional factors also exert a direct and potent influence on neural physiology . In experimental studies a western-style diet lowered brain-derived neurotrophic factor (BDNF) levels within a short time, an effect that was independent of obesity or nutritional deficits . BDNF protects neurons from oxidative stress and promotes neurogenesis  and is believed to play a central role in depressive illness . Thus, by modulating the expression of BDNF, diet may influence psychiatric status.

Finally, diet influences oxidative processes, which may also be implicated in the pathophysiology of depressive illnesses . For example, antioxidant-rich diets appear to be effective in slowing or preventing age-associated pathophysiological and cognitive changes  and reducing the risk of age-associated diseases . In this way, dietary factors may modulate the risk for neurostructural and cognitive changes in the brain that affect psychological symptoms across the life course ).

To our knowledge, this study is the first to present data suggesting that the significant impact of diet quality on common chronic noncommunicable diseases extends to the high-prevalence mental illnesses. We have reported associations between diet quality and mental health cross-sectionally; however, this relationship requires further examination in well-designed prospective studies in order to determine the direction of the relationships and to rule out residual or unrecognized confounding. Confirmation of a causal relationship between diet and mental health would afford the possibility for an evidence-based preventive health care strategy incorporating dietary improvement. Such an approach would overlap with existing strategies for other medical conditions and could be implemented at a population level. Given that diet, unlike many other risk factors, is theoretically a modifiable environmental exposure, the development of an evidence base seems worthy of pursuit.

What Happens When You Boil Cola?

Look around – seems that regardless of the bad publicity – people are still addicted to cola beverages. They are addicted to the sugar – but that is a different post. So read on and see what happens when you boil the coke. Not too appetizing – really! Do you know what you’re actually putting into your body when you take ...