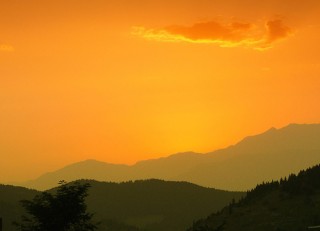 Words That Can Make You Sound Smart

Whether you have a job interview or you just want to impress your boss,
these words will show people you’re a savvy, capable person.

Some of us really are smart, but many of us have to fake it.

It just got easier thanks to a book from the editors of the American Heritage Dictionaries called “100 Words to Make You Sound Smart.”

So what kind of words are on this list?

They are real words. Words that you can actually use in conversation and writing that do sound smart, but not ostentatious.

Here are 20 of the 100 words that will make you sound smart:

5. Euphemism
(noun): inoffensive or agreeable substitute for an expression that may be distasteful or offensive

7. Finagle
(verb): obtain by indirect or convoluted means or through trickery

14. Non Sequitur
(noun): a response unrelated to or not following logically from a previous statement

100 Words to Make You Sound Smart

from the editors of the American Heritage Dictionaries

The newest title in the popular 100 Words series is an informative and entertaining resource that can help anyone be right on the money when looking for words that will make a point, seal the deal, or just keep folks listening. Chosen by the editors of the American Heritage Dictionaries, these words will appeal to anyone who wants to be a more compelling communicator—as a worker, consumer, advocate, friend, dinner companion, or even as a romantic prospect.

The book includes a colorful variety of words, including handy words of just one syllable (such as glib) and words derived from the names of famous people (such as Freudian slip and Machiavellian).

There are expressions from popular culture (Catch-22) and words that date back to classical civilization (spartan and stoic). Each word is clearly defined and shown in context with quotations from contemporary sources: magazines, newspapers, broadcast media, movies, and television. For many words, quotations from distinguished authors and speakers are also given and word histories are explained.

Like its predecessors in this successful series, 100 Words to Make You Sound Smart provides an affordable and enjoyable way to communicate more effectively. It offers the coveted gift of gab to anyone who needs to “say it right”—and to anyone who wants to sound more articulate.

It’s NOT sodium or sugar —BPA might be the real canned food villain Bisephonol A (BPA) is a chemical that has been used to harden plastic for over 40 years. BPA is a carbon-based synthetic chemical, which is commonly used in the production of many plastic and aluminum-based consumer products such as CDs, sports equipment, cash register bills, ...