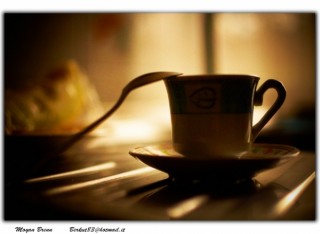 More than half of all American adults start off their morning with at least one cup of joe. Most drink coffee to wake up and simply get through the day. But new research adds to the evidence that coffee can have significant health benefits — far beyond helping you make it to that morning meeting. Caffeine has long been a polarizing substance. On one hand, it’s lauded for its ability to boost athletic performance and alertness, while on the other hand, it has been called physically and psychologically addictive, being blamed for everything from under eye circles to stomach problems. Now, a study published in the Journal of the National Cancer Institute sheds new light on the stimulant and why you may not want to have second thoughts the next time you reach for your (gulp) fourth cup of joe.

Melanoma is currently the fifth most common form of cancer in the U.S., and it’s the leading cause of skin cancer-related deaths. About 77,000 people are diagnosed with it each year, and 9,500 die of it each year. Though UV light – especially UVB rays – is the most powerful modifiable risk factor, there are other factors that raise or lower a person’s risk. The compounds in coffee have been shown to reduce skin cancer risk in lab studies, but in human studies, the results have been more variable, and the connection not so clear-cut.

To address the question in a large sample of people, researchers looked at data from over 447,000 participants, 50-71 years old, who were cancer-free at the beginning of the study. In the more than decade-long study period, just over 2,900 of the participants developed malignant melanoma, and over 1,900 developed another form of skin cancer, melanoma in situ. The researchers looked for correlations between diet and skin cancer development.

They found that among the most committed coffee drinkers – four cups a day – the risk of malignant melanoma fell by 20%. The connection applied only to caffeinated coffee and melanoma – it wasn’t there for decaffeinated coffee, or the other form of skin cancer included in the study, melanoma in-situ.
Click here to read more about it

Researchers from the National Cancer Institute found that people who drank more than four cups of coffee a day had, on average, a 20 percent lower risk of developing melanoma, the deadliest form of skin cancer, over 10 years. These findings only applied when subjects drank regular coffee, not decaf. The study, which is based on food and cancer information from nearly 450,000 people, adjusted for factors like age, smoking, alcohol use, family history of cancer and the potential effect of casual sun exposure, but researchers were not able to factor in sunscreen habits or skin color.

The theory in the study is that caffeine and other compounds found in coffee help keep cancer-fighting processes that are triggered by UV light under control.
Click here to read more about it

The findings specifically applied to caffeinated coffee, not decaf. It’s possible that caffeine itself could be the protective factor, but there could also be some other compound in coffee that protects against malignant melanoma that is more abundant in caffeinated coffee than in the decaffeinated variety, the researchers said.

The lack of a link with decaf could be due to chance, Loftfield noted.

What is fiber? •Insoluble fiber does not dissolve in water. It is the bulky fiber that helps to prevent constipation, and is found in whole grains, wheat cereals, and vegetables such as carrots, celery, and tomatoes. •Soluble fiber dissolves in water and helps control blood sugar levels and reduce cholesterol. Fiber — along with adequate fluid ...