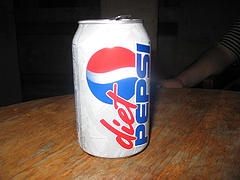 It’s a fact – people are aware of the dangers of sugar – are avoiding regular soda – but have substituted diet beverages under the impression that they made a wise choice. It turns out that nothing could be further from the truth.

Women who drink diet soda may think they’re doing the right thing by not filling up on sugary, high-calorie beverages, but they could be damaging their hearts in the process.

The study: Led by Ankur Vyas, M.D., a cardiovascular disease fellow at the University of Iowa Hospitals and Clinics in Iowa City, the team analyzed data from the Women’s Health Initiative Observational Study of nearly 60,000 healthy, postmenopausal women in the United States. The women, whose average age was 63, were asked to estimate how many artificially sweetened beverages, including diet sodas and low-calorie fruit drinks, they had consumed daily for the previous three months.

Nine years later, the researchers followed up with the 60,000 women to find out how many had experienced heart-related medical issues, including heart attacks, strokes and blood clots that threaten the legs, arms, organs or head, as well as surgery to reopen clogged arteries, heart failure, and death from heart trouble.

The results: Those who consumed two or more diet beverages a day were 30 percent more likely to have suffered some kind of heart ailment during the nine-year period than women who rarely or never consumed artificially sweetened beverages.

On average, women who consumed two or more diet drinks a day were younger, more likely to be smokers, and had a higher prevalence of diabetes, high blood pressure and higher body mass index.

If you enjoy diet soda, do note this: The authors caution that since the study followed women over time and asked about habits that were already in place, it can’t prove that diet drinks were the cause of the heart problems. More definitive research is needed before you pour that diet soda down the sink.

The study findings were presented at the annual meeting of the American College of Cardiology, in Washington, D.C.

There are dieters, and there are dieters. The first question is always is: How do we get it off – the second is: how do we keep it off.  The following article should cover the basics. It’s up to you to give it a try. Eat This. Lose 14 Pounds in 12 Weeks? It’s easy. It’s simple. And it tastes good. Eat light yogurt daily as ...