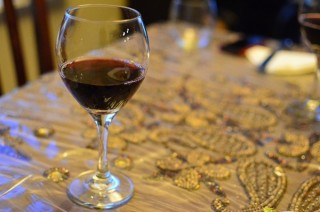 Wine and health is an issue of considerable discussion and research. Wine has a long history of use as an early form of medication, being recommended variously as a safe alternative to drinking water, an antiseptic for treating wounds, a digestive aid, and as a cure for a wide range of ailments including lethargy, diarrhea, and pain from child birth.

Ancient Egyptian Papyri and Sumerian tablets dating back to 2200 BC detail the medicinal role of wine, making it the world’s oldest documented man-made medicine. Wine continued to play a major role in medicine until the late 19th and early 20th century, when changing opinions and medical research on alcohol and alcoholism cast doubt on the role of wine as part of a healthy lifestyle and diet.

In the late 20th and early 21st century, fueled in part by public interest in reports by the United States news broadcast 60 Minutes on the so-called “French Paradox“, the medical establishment began to re-evaluate the role of moderate wine consumption in health.

Drinking red grape juice or wine – in moderation – could improve the health of overweight people by helping them burn fat better, according to a new study coauthored by an Oregon State University researcher. The findings suggest that consuming dark-colored grapes, whether eating them or drinking juice or wine, might help people better manage obesity and related metabolic disorders such as fatty liver.

Neil Shay, a biochemist and molecular biologist in OSU’s College of Agricultural Sciences, was part of a study team that exposed human liver and fat cells grown in the lab to extracts of four natural chemicals found in Muscadine grapes, a dark-red variety native to the southeastern United States.

One of the chemicals, ellagic acid, proved particularly potent: It dramatically slowed the growth of existing fat cells and formation of new ones, and it boosted metabolism of fatty acids in liver cells. These plant chemicals are not a weight-loss miracle, cautions Shay. “We didn’t find, and we didn’t expect to, that these compounds would improve body weight,” he said. But by boosting the burning of fat, especially in the liver, they may improve liver function in overweight people.

“If we could develop a dietary strategy for reducing the harmful accumulation of fat in the liver, using common foods like grapes,” Shay said, “that would be good news.”

The study was published in the Journal of Nutritional Biochemistry.  One of the chemicals, ellagic acid was particularly successful at slowing the growth of existing fat cells, formation of new ones and boosted metabolism of fatty acids in liver cells.

Shay hypothesizes that the ellagic acid and other chemicals bind to these PPAR-alpha and PPAR-gamma nuclear hormone receptors, causing them to switch on the genes that trigger the metabolism of dietary fat and glucose. Commonly prescribed drugs for lowering blood sugar and triglycerides act in this way, Shay said.

The goal of his work, he added, is not to replace needed medications but to guide people in choosing common, widely available foods that have particular health benefits, including boosting metabolic function.

“We are trying to validate the specific contributions of certain foods for health benefits,” he said. “If you’re out food shopping, and if you know a certain kind of fruit is good for a health condition you have, wouldn’t you want to buy that fruit?”

What are LDL-C, HDL-C, triglycerides, and total cholesterol? It’s helpful to know the different components of the blood test which measures your cholesterol so that you understand what your levels are: “LDL-C” stands for low-density lipoprotein cholesterol. It’s also called “bad” cholesterol, in part because ...