Can Fish Oil Supplements Reduce the Risk of Alzheimer’s Disease? 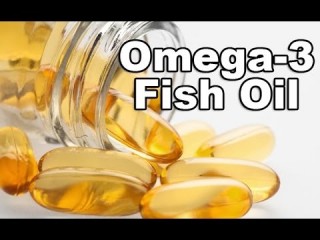 It might be a tough pill to swallow, but it’s well worth it. While you may avoid fish oil supplements, fearing the fishy aftertaste or the off-putting smell, the results of a new study might just have you reaching for your pill box.

They’re often touted for their heart-health benefits, but now researchers are saying that they might be just as good for your mind. Rhode Island Hospital led a study of over 800 older adults to study the effects of fish oil on age-related cognitive decline in the brain.

Previous studies have shown the possible health benefits of fish oil. Now, a recent study published in the journal Alzheimer’s and Dementia found that consumption of regular fish oil supplements (FOS) could help reduce the risk of cognitive decline. The study examined the relationship between FOS use during the Alzheimer’s Disease Neuroimaging Initiative (ADNI) along with any indicators of mental decline.

“At least one person is diagnosed every minute with Alzheimer’s disease (AD) and despite best efforts, we have not yet found a cure for this pervasive and debilitating disease,” said principal investigator Lori Daiello, PharmD, of the Alzheimer’s Disease and Memory Disorders Center at Rhode Island Hospital, in a news release. “The field is currently engaged in numerous studies to find  treatments for people suffering with AD; however, researching ways to prevent AD or slow cognitive decline in normal aging is of utmost importance.”

For the study, a group of participants were assessed with neuropsychologial tests and brain magnetic resonance (MRI) every six months. The study sample included 229 adults who had no cognitive issues; 397 who were diagnosed with mild cognitive impairments and 193 with   Alzheimer’s disease.

Findings revealed that FOS supplements used during the study period helped to significantly lower of cognitive decline based on the Alzheimer’s Disease Assessment Scale (ADAS-cog) as well as the Mini Mental State Exam (MMSE). However, the supplement benefits were only found among participants who did not have dementia at the beginning of study enrollment.

“Additionally, serial brain imaging conducted during this study showed that the participants with normal cognition who reported taking fish oil supplements demonstrated less brain shrinkage in key neurological areas, compared to those who did not use the supplements,” Daiello concluded. “Also, the positive findings on cognitive testing and brain MRI were only observed in persons who did not carry the best-studied genetic risk factor for AD, APOE-4. More research is needed, but these findings are promising and highlight the need for future studies to expand the current knowledge of the effects of FOS use on cognitive aging and AD.”

Researchers are reporting that the very same beer that many people enjoy at backyard barbeques could, when used as a marinade, help reduce the formation of potentially harmful substances in grilled meats. The study appears in ACS’ Journal of Agricultural and Food Chemistry. I.M.P.L.V.O. Ferreira and colleagues explain that past studies have shown ...