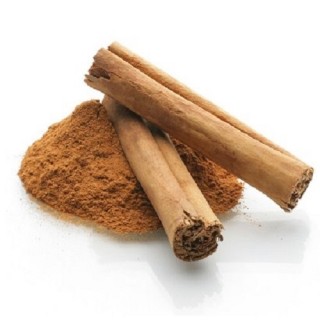 The researchers were primarily targeting the food processing industry – not the regular housewife in the kitchen. The oil that was used, Cinnamomum cassia oil, is generally available from many suppliers, especially on the web. A good idea would be to consider using it on foods where bacteria formations may be suspect. “It can also be added into the washing step of meat, fruits or vegetables to eliminate microorganisms.” Some experimenting would be needed to get it just right – but there is a warning when using the 100% pure product – to used diluted only – remember – “10 drops diluted in a liter of water killed the bacteria within 24 hours”.

Foodborne illnesses affect an estimated 1 in 6 Americans every year. Of this 48 million, 128,000 will be hospitalized and 3,000 will die, according to the Centers for Disease Control and Prevention (CDC).

Seeking ways to prevent some of the most serious foodborne illnesses caused by pathogenic bacteria, two Washington State University scientists have found promise in an ancient but common cooking spice: cinnamon.

Recent findings published in Food Control journal online (http://www.sciencedirect.com/science/article/pii/S0956713514003235) suggest Cinnamomum cassia oil can work effectively as a natural antibacterial agent in the food industry. The study results add to a body of knowledge that will help improve food safety and reduce or eliminate cases of food poisoning and related deaths.

The cinnamon cassia oil is effective in low concentrations, she said – about 10 drops diluted in a liter of water killed the bacteria within 24 hours.

“The oil can be incorporated into films and coatings for packaging both meat and fresh produce,” Sheng said. “It can also be added into the washing step of meat, fruits or vegetables to eliminate microorganisms.”

Cassia cinnamon is produced primarily in Indonesia and has a stronger smell than the other common cinnamon variety, Ceylon.

In addition to Cinnamomum cassia oil, Sheng plans to take a look at another natural source to kill bacteria.

Ever take a whiff of a smoker’s hair and feel faint from the pungent scent of cigarette smoke? Or perhaps you have stepped into an elevator and wondered why it smells like someone has lit up when there is not asmoker in sight. Welcome to the world of third-hand smoke.“Third-hand smoke is tobacco smoke contamination that remains after ...