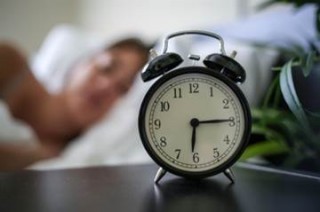 Just one night of interrupted sleep negatively affected mood, attention span and cognitive ability  –   Fragmented sleep could be as physically harmful as a total lack of sleep, according to an unprecedented study.

Lead researcher Prof. Avi Sadeh and his team at Tel Aviv University found that an interrupted night of sleep — which is common for doctors and new parents — is similar to having only four hours of consistent sleep. The experiment published in the journal Sleep Medicine studied the sleep patterns of students using wristwatches that monitored when they were asleep or awake.

Students slept a full eight-hours one night followed by a night of interrupted sleep in which they received four phone calls directing them to complete a brief computer exercise before returning to bed. The morning after both nights, the volunteers completed tasks to measure their attention span and emotional state — results proved that just one night of interrupted sleep had negative effects on mood, attention span and cognitive ability.

Sadeh believes that several nights of fragmented sleep could have long-term negative consequences equivalent to missing out on slumber altogether. “We know that these effects accumulate and therefore the functional price new parents — who awaken three to ten times a night for months on end — pay for common infant sleep disturbance is enormous,” he said in a statement.

The study also acknowledged that many people of varying ages and professions are susceptible to fragmented sleep — a finding that Sadeh hopes will provide an impetus for creating solutions. “I hope that our study will bring this to the attention of scientists and clinicians, who should recognize the price paid by individuals who have to endure frequent night-wakings,” Sadeh said.

When you’re sleep-deprived, you’re not going to react as quickly as you normally would, making driving or other potentially dangerous activities, like using power tools, risky.

Your ability to think clearly is also dampened by lack of sleep, which means you will have trouble retaining memories, processing information, and making decisions.

As your reaction time and cognition slows, your emotions will be kicked into high gear. This means that arguments with co-workers or your spouse are likely and you’re probably going to be at fault for blowing things out of proportion.

But much more than that, sleep deprivation has virtually the same effect on your immune system as physical stress or illness, which may help explain why lack of sleep is tied to an increased risk of numerous chronic diseases.

There’s an important caveat to be aware of that is not yet widely known, however, and that is your sleep quality is every bit as important as your sleep duration. So if you stay in bed for eight or nine hours a night, but during that time you’re waking up repeatedly, it’s just as bad as getting hardly any sleep at all…

Nutrition professionals have had remarkable success with demonizing perfectly healthy foods. Probably the worst example of that is eggs, which are among the healthiest foods on the planet. Even so… because eggs contain large amounts of cholesterol, they were believed to cause heart disease. The cholesterol myth has suffered a bit of a triple ...