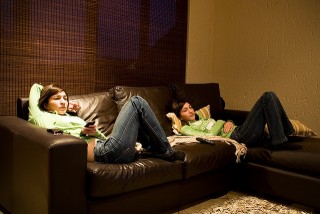 Fingers are increasingly pointing to not having enough exercise as a major contributing partner to many ailments. This article shows its effects on cardiovascular health.

A recent study conducted by researchers from Stanford University in California found that sedentary lifestyle and not caloric intake is primarily responsible for increased obesity rates in the United States.

Engaging in sedentary behavior for a long period of time is known to be bad for health. Supporting this, a new finding claims that sitting too much lowers the level of cardiorespiratory fitness.

Several studies in the past have linked increased sedentary time to greater risk of developing cardiovascular diseases, but the mechanism involved is not known. The cardiologists at the UT Southwestern Medical Center found that sedentary behaviour, and not lack of exercise, is detrimental to cardiovascular health. Two hours of sitting idle is as harmful as 20 minutes of physical exercise is beneficial.

In this study, researchers examined the relation between fitness level, daily exercise as well as sedentary behavior from data of 2,223 participants who were a part of the National Health and Nutrition Examination Survey.

Sedentary behavior is not just lack of exercise, but involves low levels of energy expenditure activities such as sitting, driving, watching television and reading among others. This study highlights sedentary behavior as a key determinant of cardiorespiratory fitness, independent of exercise.

Dr. Jarett Berry, Assistant Professor of Internal Medicine and Clinical Science and senior author of the study said, “Our data suggest that sedentary behavior may increase risk through an impact on lower fitness levels, and that avoiding sedentary behavior throughout the day may represent an important companion strategy to improve fitness and health, outside of regular exercise activity.”

Researchers evaluated the accelerometer data from both men and women aged between 12-49 years. None of the participants had history of heart disease, asthma or stroke and their average daily physical activity and sedentary behavior time was measured. Using a sub-maximal treadmill test, the researchers estimated the fitness. The findings revealed that the detrimental effect of six hours of sedentary time on fitness levels was same in magnitude to the benefit of an hour of physical exercise.

“We also found that when sitting for prolonged periods of time, any movement is good movement, and was also associated with better fitness,” said Dr. Jacquelyn Kulinski, a recent graduate from the UT Southwestern Cardiology Fellowship Training Program and first author of the paper. “So if you are stuck at your desk for a while, shift positions frequently, get up and stretch in the middle of a thought, pace while on a phone call, or even fidget.”

The researchers suggest people to indulge in short walks during lunch and throughout the day using pedometer to track the daily steps, opting for stairs and not elevators.

The findings were published in the online edition of Mayo Clinic Proceedings.

Previous studies said alcohol in moderation was good for you. Don’t believe that really changed – but according to the new study below we might want to be more careful as far how much is a little. A recent study questions the benefits of consuming light to moderate quantity of alcohol (0.6-0.8 fluid ounces/day) on cardiovascular health. The ...