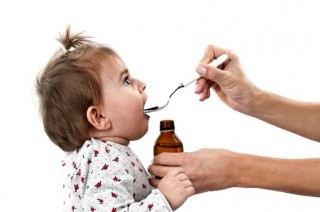 It is true that measuring a spoonful of medicine using our kitchen spoons would not be equivalent to the spoon amount indicated on an official measuring cup. You would be better off getting approved measuring devices at the pharmacy to get the prescribed medicine dose..

The song says a spoonful of sugar helps the medicine go down, but a study says that kind of imprecise measurement can lead to potentially dangerous dosing mistakes.

The results, published online Monday in Pediatrics, underscore recommendations that droppers and syringes that measure in milliliters be used for liquid medicines — not spoons.

Parents were contacted afterward and asked by phone how they had measured the prescribed doses. They also brought their measuring devices to the researchers’ offices to demonstrate doses they’d given their kids.

Parents who used spoonfuls “were 50% more likely to give their children incorrect doses than those who measured in more precise milliliter units,” said Dr. Alan Mendelsohn, a co-author and associate professor at New York University’s medical school.

Incorrect doses included giving too much and too little, which can both be dangerous, he said. Underdosing may not adequately treat an illness and can lead to medication-resistant infections, while overdoses may cause illness or side effects that can be life-threatening. The study doesn’t include information on any ill effects from dosing mistakes.

Almost one-third of the parents gave the wrong dose and 1 in 6 used a kitchen spoon rather than a device like an oral syringe or dropper that lists doses in milliliters.

Less than half the prescriptions specified doses in milliliters. But even when they did, the medicine bottle label often listed doses in teaspoons. Parents often assume that means any similar-sized kitchen spoon, the authors said.

“Outreach to pharmacists and other health professionals is needed to promote the consistent use of milliliter units between prescriptions and bottle labels,” the authors said.

“Fracking” is the operation in which water and chemicals are injected deep underground to extract oil and natural gas. (Rich Anderson/Flickr) We had a previous post about the dangers of  “fracking” and the results of a court case. It looks like the message is finally starting to get through. Nearly 300 active gas wells within Denton, ...