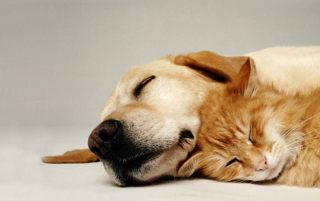 It is almost impossible to avoid stress in life. What is important is to be able to handle it. Some people find that stress actually motivates them. We won’t get into the psychology of this – but stress can also get out of control and be destructive. There is a fine line where stress becomes harmful. The article excerpts below provide the results of studies that link chronic stress to memory decline and worse. You can read the full review by clicking here.

Studies reported by the University of Iowa,  where the featured research was done, have found links between acute and/or chronic stress and a wide variety of health issues, including your brain function.

Most recently, an animal study reveals that higher levels of stress hormones can speed up short-term memory loss in older adults. The findings indicate that how your body responds to stress may be a factor that influences how your brain ages over time. As reported by Business Standard:

“[R]ats with high levels of the stress hormone corticosterone showed structural changes in the brain and short-term memory deficits.

Previous research has also linked chronic stress with working memory impairment. Other recent research suggests that stress may even speed up the onset of more serious dementia known as Alzheimer’s disease, which currently afflicts about 5.4 million Americans, including one in eight people aged 65 and over.

Fortunately, there’s compelling research showing that your brain has great plasticity and capacity for regeneration, which you control through your diet and lifestyle choices.

Based on the findings linking dementia with chronic stress, having effective tools to address stress can be an important part of Alzheimer’s prevention, not to mention achieving and maintaining optimal health in general.

As reported by the University of Iowa,  where the featured research was done, elevated levels of cortisol affect your memory by causing a gradual loss of synapses in your prefrontal cortex.

The researchers suggest that you may be able to protect your future memory function by normalizing your cortisol levels. Such intervention would be particularly beneficial for those who are at high risk for elevated cortisol, such as those who are depressed or are dealing with long-term stress following a traumatic event.

Last year, Argentinean researchers presented evidence suggesting that stress may be a trigger for the onset of Alzheimer’s disease. The study found that 72 percent—nearly three out of four—Alzheimer’s patients had experienced severe emotional stress during the two years preceding their diagnosis.

In the control group, only 26 percent, or one in four, had undergone major stress or grief. Most of the stresses encountered by the Alzheimer’s group involved:

“Stress, according to our findings, is probably a trigger for initial symptoms of dementia. Though I rule out stress as monocausal in dementia, research is solidifying the evidence that stress can trigger a degenerative process in the brain and precipitate dysfunction in the neuroendocrine and immune system. It is an observational finding and does not imply direct causality. Further studies are needed to examine these mechanisms in detail.”

It’s not so surprising then that researchers have found links between stress and ailments ranging from physical pain  and chronic inflammation,  to stillbirths  and poor gut health (which is critical to maintaining mental and physical health).

Researchers have even found that stress-induced anxiety can rewire your brain in such a way as to alter your sense of smell,  transforming normally neutral odors into objectionable ones, and, as I will discuss in further detail in a later article featuring an upcoming interview with Greg Marsh, stress is also associated with a loss of visual acuity, and by correcting it, many can eliminate their glasses or contacts.

Exercising regularly, getting enough sleep, and meditation are  important “release valves” that can help you manage your stress.

A winning combination is to exercise outdoors. Not only is exercise known to relieve stress and ease depression, it also directly benefits your physical brain.