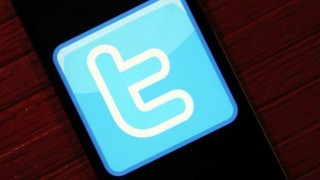 Australian researchers have discovered how social media can serve as an indicator of a community’s psychological well being and can predict rates of heart disease.

A number of previous studies have shown emotions and behavior are closely tied to one’s risk for coronary heart disease. Expressions of happiness and joy have been linked to lower rates of heart attack.

“Twitter seems to capture a lot of the same information that you get from health and demographic indicators,” co-author Gregory Park said in a press statement. “But it also adds something extra. So predictions from Twitter can actually be more accurate than using a set of traditional variables.”
Click here to read more

Tweets expressing negative emotions, with words like “hate” or expletives, are associated with a higher heart disease risk, the researchers discovered.

Tweets about being bored or not having a reason to get out of bed in the morning also were linked to higher risk.
Tweets with positive emotional language, like “wonderful” and “friends” correlated with lower rates of the disease.
Click here to read more

The study found areas of states like Pennsylvania and New York were at high risk of coronary heart disease.
“It’s a pretty high stress area of the country but things like boredom were actually associated with higher risk,” Dr Kern said.
Click here go read more

Cardiologist Dr. Sahil Parikh, at UH Case Medical Center in Cleveland, Ohio, said he applauds the researchers’ creativity but said readers should take the results with a “very large grain of salt.” He said it’s “reasonable” to say that negative emotions related to stress can predict heart disease events because there’s a significant body of research to back that up. But the age difference between social media users and people having heart attacks doesn’t match up, he noted.

Men are considered more at risk for heart disease and heart attacks when they reach 55 years old, and women are considered more at risk at 65 years old, Parikh said.”I don’t know how many 65-, 75-year-old women are out there tweeting,” he said. “While there might be a lot of angry young people in a a certain area, I’m not sure how well that correlates with emotional well-being in those who are older and not Twitter users.”
click here to read more

More than half of all American adults start off their morning with at least one cup of joe. Most drink coffee to wake up and simply get through the day. But new research adds to the evidence that coffee can have significant health benefits — far beyond helping you make it to that morning meeting. Caffeine has long been a polarizing substance. ...