Can We Trust Major Retailer’s Supplements? 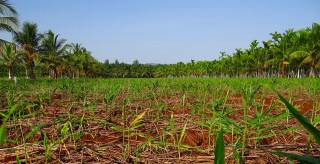 We have learned to rely on the listed potencies of various supplement brand ingredients when making purchase choices, especially so when shopping in a major supermarket or retail chain. Imagine the outrage and shock expressed upon learning that to a great extent this trust was not well placed. Take a look for your self. (reported in the NY Times.)

The New York State attorney general’s office accused four major retailers on Monday of selling fraudulent and potentially dangerous herbal supplements and demanded that they remove the products from their shelves.

The authorities said they had conducted tests on top-selling store brands of herbal supplements at four national retailers — GNC, Target, Walgreens and Walmart — and found that four out of five of the products did not contain any of the herbs on their labels. The tests showed that pills labeled medicinal herbs often contained little more than cheap fillers like powdered rice, asparagus and houseplants, and in some cases substances that could be dangerous to those with allergies.

The investigation came as a welcome surprise to health experts who have long complained about the quality and safety of dietary supplements, which are exempt from the strict regulatory oversight applied to prescription drugs.

The Food and Drug Administration has targeted individual supplements found to contain dangerous ingredients. But the announcement Monday was the first time that a law enforcement agency had threatened the biggest retail and drugstore chains with legal action for selling what it said were deliberately misleading herbal products.

Industry representatives have argued that any problems are caused by a handful of companies on the fringe of the industry. But New York’s investigation specifically targeted store brands at the nation’s drugstore and retail giants, which suggests that the problems are widespread.

“If this data is accurate, then it is an unbelievably devastating indictment of the industry,” said Dr. Pieter Cohen, an assistant professor at Harvard Medical School and an expert on supplement safety. “We’re talking about products at mainstream retailers like Walmart and Walgreens that are expected to be the absolute highest quality.”

A U.S. government probe into herbal and dietary supplements found that some contain contaminants and use false marketing claims.

That’s the message from New York Attorney General Eric Schneiderman who sent letters to the supplement store GNC, as well as Target, Walmart and Walgreens asking those companies to stop selling popular supplements after finding many of them didn’t have any of the advertised herbs in them, at all.

The Food and Drug Administration does investigate and remove supplements proven to be unsafe, but they don’t regulate nutritional supplements for effectiveness. And, they only step in only once harm has occurred.

Up until that point, it’s up to the manufacturer to follow what the FDA calls ‘good manufacturing practices’.

Dr. Richard Van Breeman is director of the University of Illinois at Chicago’s Center for Botanical and Dietary Supplements Research, a joint venture with the National Institutes of Health.

He joins Here & Now‘s Robin Young to discuss herbal supplements, their effectiveness and the pitfalls in testing them.

Does Your Choice Of Colors Reveal Anything?

Perhaps – Your instinctual choice or preference of a color tells you a lot about yourself, how you function and how others see you. It may be the means to understanding your behavior and your character traits as well as your physical, mental, emotional and spiritual states. It may reflect the way you operate in the world, your strengths,  weaknesses, ...