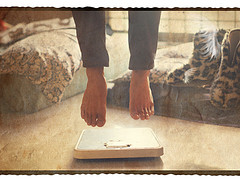 There are dieters, and there are dieters. The first question is always is: How do we get it off – the second is: how do we keep it off.  The following article should cover the basics. It’s up to you to give it a try.

It’s easy. It’s simple. And it tastes good. Eat light yogurt daily as part of your weight loss plan, and you could lose an average of 14 pounds in just 12 weeks. That’s the word from researchers at the University of Tennessee who have found that people who included Yoplait Light as part of their weight loss plan lost significantly more weight compared to others who simply reduced the number of calories. Specifically, this is what the yogurt eaters lost during the 12-week study:

How does yogurt do this? It appears to fuel the body’s fat-burning ability, which in turn makes it easier to lose fat and maintain lean muscle. The study: Led by Michael Zemel, a professor of nutrition, the research team studied the impact of adding yogurt to a reduced-calorie diet among 34 healthy, but obese, adults. They were randomly assigned to one of two diet groups. The first group consumed about 1,100 mg of calcium each day, including three servings of Yoplait Light yogurt, while the other group ate a low-calcium diet with only one serving of dairy a day. The second group is a reflection of the typical American diet, which is low in calcium. Participants were given individualized diet plans that were about 500 less calories fewer than they typically ate. Weekly measurements of body weight and blood pressure were taken. The results: “Not only did yogurt help the study participants lose more weight–the average weight loss was 14 pounds–they were about twice as effective at maintaining lean muscle mass,” Zemel said in a news release announcing the findings. “This is a critical issue when dieting. You want to lose fat, not muscle. Muscle helps burn calories, but it is often compromised during weight loss.” The calcium helped the dieters lose more than an inch around their waist. More important, they lost weight were it counts the most–in their tummies. Stomach fat is the most dangerous kind of fat, creating a higher risk for heart disease, diabetes, stroke, and some types of cancer. “The moral of the calcium story is to not dump dairy when you’re dieting,” Zemel explained in the news release. “Not only is it critical to keep your calcium levels high so you won’t lose bone density, but also it will help you maintain your muscle mass and increase your fat loss. A diet rich in low-fat dairy foods, like yogurt, can help make your weight loss efforts easier.” How much dairy should you eat each day? Zemel recommends three servings of fat-free and low-fat foods. The study findings were published in the International Journal of Obesity.   article source: http://webcenters.netscape.compuserve.com/homerealestate/package.jsp?name=fte/yogurtdiet/yogurtdiet photo source: http://access.nscpcdn.com/cp/fte/yogurtdiet/i/yogurtdiet135.jpg
photo source: https://farm7.staticflickr.com/6038/6347264660_0e886871e5_m_d.jpg
credits: https://www.flickr.com/photos/kemprung/6347264660 Jannino 😛

How Does Cholesterol Support Your Health?

With all the so called “scientific studies” pointing to cholesterol as a culprit in causing heart disease, one of the leading causes of death in US. In the above video interview with the eminent nutritionist – Dr. Mercola,  Dr. Kummerow shows that it’s not cholesterol that causes heart disease — it’s quite safe to ...