Can You Spot A Liar? 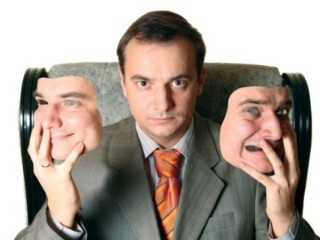 Is it possible that we are all liars. The answer probably lies in the definition. Is a liar someone who once in their lives had to deny the truth? Is a liar someone who will lie more than “x” percent of the time? Someone who we call a liar may be the same person who by another person’s standards has not yet qualified him or her as such. Read this interesting collection of thoughts and see the fascinating video – then draw your own conclusion.

The Two Most Common Lies We Tell

What was the last lie you told your mother or your spouse? If you’re like most others, you lied about one of two things: your spending/purchases and/or your sexual experience. These are the two most common lies we tell, according to a Harris Poll of 2,097 U.S. adults. While we are most likely to lie to our parents and our spouse/significant other, we are least likely to lie to a sibling.

To whom are we lying?

What lies do we tell our parents?

What lies do we tell our spouse/significant other?

What lies do we tell our doctors?

What lies do we tell our best friends?

What lies do we tell our siblings?

From overdoing it while out with friends last night to not wanting to run into a certain someone at a cocktail party, there are plenty of reasons we might want to get out of a variety of engagements. Of course, often the truth is not the most diplomatic approach.

Percentage of U.S. adults who have lied to get out of…

How to Tell If Someone Is Lying in a Text

Have you ever traded a flurry of text messages with someone when suddenly there is an awkward pause? This should make you suspicious. Very suspicious. Chances are high you’re being told a lie.

Researchers from Brigham Young University, the University of Nebraska-Omaha and the University of Arizona have identified three specific actions that occur when someone is lying in a text message, instant message or social media:

“Digital conversations are a fertile ground for deception because people can easily conceal their identity and their messages often appear credible,” explains lead study author Tom Meservy, a BYU professor of information systems.

Humans are terrible at detecting lies! Specifically, we only figure out if someone is lying about 54 percent of the time, which isn’t much better than a coin flip. And it’s even harder to tell when someone is lying through a digital message because you can’t hear a voice or see an expression.

The study: The team created a computer program that carried out online conversations with participants, similar to the experience consumers have with online customer service questions. More than 100 students from two large universities, one in the southeastern United States and one in the southwestern United States, had conversations with the computer, which asked them 30 questions each. The participants were told to lie in about half of their responses.

The results: Responses filled with lies took 10 percent longer to create and were edited more than truthful messages. They were also much shorter than was typical.

“We are starting to identify signs given off by individuals that aren’t easily tracked by humans,” Meservy said. “The potential is that chat-based systems could be created to track deception in real-time.”

The study findings were published in the journal ACM Transactions on Management Information Systems.

WHO Is Lying About Sex?

Pretty much all of us lie about our sexual behavior, and we do it to match the gender expectations society places on us.

But interestingly, those little lies we tell about sex in order to conform do not apply to other gender-related behaviors.

The study, conducted by researchers at The Ohio State University’s Mansfield campus, found that men were willing to admit that they sometimes engaged in behaviors seen by college students as more appropriate for women, such as writing poetry. The same was true for women, who didn’t hide the fact that they told obscene jokes or sometimes participated in other “male-type” deeds.

But when it came to sex, men wanted to be seen as “real men,” that is, the kind who had many partners and a lot of sexual experience.

Women, on the other hand, wanted to be seen as having less sexual experience than they actually had, to match what is expected of women.

“There is something unique about sexuality that led people to care more about matching the stereotypes for their gender,” said lead study author and psychology professor Terri Fisher. “Sexuality seemed to be the one area where people felt some concern if they didn’t meet the stereotypes of a typical man or a typical woman.”

Fisher discovered how people would honestly respond to questions about sexuality and other gender-role behaviors by asking questions of some study participants when they thought they were hooked up to a lie detector machine.

The study: Nearly 300 college students between the ages of 18 and 25 completed a questionnaire that asked how often they engaged in 124 different behaviors–from never to a few times a day.

Some of the students filled out the questionnaire while they were attached to what they were told was a working polygraph machine or lie detector. (It actually was not working.)

The others were connected to the apparatus before the study began, supposedly to measure anxiety, but the machine was removed before they completed the questionnaire.

For non-sexual behaviors, the participants didn’t seem to feel any added pressure to respond in stereotypical ways for their gender. In other words, women who were hooked up to the lie detector and those who weren’t were equally likely to admit to bench pressing weights–a stereotypical male activity. “Men and women didn’t feel compelled to report what they did in ways that matched the stereotypes for their gender for the non-sexual behaviors,” Fisher said.

“Men and women had different answers about their sexual behavior when they thought they had to be truthful,” Fisher said.

This result confirms what Fisher found in a 2003 study–with one important difference. Back in 2003, women went from having fewer sexual partners than men (when not hooked up to a lie detector) to being essentially even to men (when hooked up to the lie detector.)

In this new study, women actually reported more sexual partners than men when they were both hooked up to a lie detector and thought they had to be truthful.

“Society has changed, even in the past 10 years, and a variety of researchers have found that differences between men and women in some areas of sexual behavior have essentially disappeared,” she said.

The study findings were published in the journal Sex Roles.

Tick bites can be annoying, and in some cases, they can even bring potentially dangerous health issues to mind–including Lyme disease and Rocky Mountain spotted fever. However, did you know some types of tick bites could actually make you allergic to red meat? Doctors across the country have noticed a surge in meat allergies, and an insect knick-named ...