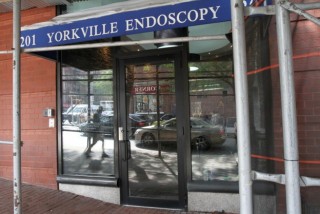 Yorkville Endoscopy, the New York City surgical center where Joan Rivers experienced a complication during surgery resulting in cardiac arrest, is under investigation by the New York State Health Department.

He tells Here & Now‘s  Robin Young that these facilities are well designed and equipped with board certified doctors, but fewer than half of outpatient facilities like it are accredited or licensed by the state.

A source told New York Daily News an unplanned throat biopsy cut off her air supply and possibly killed Joan Rivers.The 81-year-old suffered a heart attack and stopped breathing on August 28th during a routine endoscopy at a New York clinic. But the doctor who operated on her reportedly noticed something on her vocal cords and then performed the unplanned biopsy – something that isn’t supposed to be done outside of a hospital.The procedure is said to have caused Rivers’ vocal chords to seize and cut off her air supply.The Daily News source called it a “huge no-no” and said, “If she had been in a hospital when it happened, she might have been okay.”Rivers died a week after the incident and a state medical examiner completed an autopsy but was not able to determine the cause of death.

“Rivers has shocked us again, dramatically exiting just when we all were expecting more. Shocking people may very well be the thing that she did best.”

Kevin Price Publisher and Editor in Chief, US Daily Review

Below is a list of popular “facts” that aren’t exactly the way people have become accustomed to believe. In fact- they aren’t even true. Check them out – and the video below. 1. “Shaving makes your hair grow back thicker.”Shaving does not cause hair to grow back thicker. Shaving the hair makes the hair grown ...