Did You Hear About The Latest Anthrax Blunder? 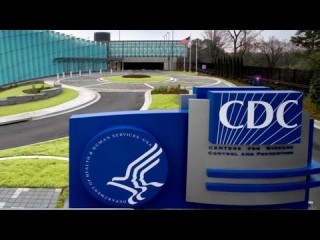 No one has to utter a more feared word than “anthrax”. If it is in the news, we immediately want to know if there is any imminent danger involved. Just such an incident recently occurred.

At some point between June 6 and June 13, an estimated 75-84 scientists and staff members at a US Centers for Disease Control and Prevention (CDC) biolab were exposed to live anthrax.

The live pathogen had been sent from another, higher-security facility, which failed to follow biosafety protocols. According to one report:

“The exposure incident is unprecedented in the history of American research on bioweapons and other deadly pathogens, prompting alarm among researchers who have already warned about the consequences of lax laboratory oversight globally.

Scientists in and out of the CDC say the process of handling such bacteria and viruses must be improved.”

While unprecedented in terms of the number of people exposed, this isn’t the first time this kind of potentially lethal blunder has occurred with live anthrax in the US. Also, it’s not unprecedented in global terms.

In the 1979 Sverdlovsk incident, 94 Russians were exposed to anthrax through an accidental release, and 64 of them died. Incidents such as these really raise questions about mankind’s ability to contain the lethal microorganisms being studied (and created) in labs around the world.

In this case, the anthrax sample was supposed to have been inactivated prior to transfer, but for a variety of reasons it wasn’t dead on arrival.

The director of the CDC’s Bioterror Rapid Response and Advanced Technology Laboratory, Michael Farrell, has since been reassigned, and two Congressional committees are monitoring the situation to determine whether public hearings are warranted.

Indeed, while the fear of a mutated virus turning into a pandemic is flouted virtually every year to some degree, a far greater concern appears to be the potential for an engineered bioweapon somehow escaping the confines of our top level bioterror labs.

The latest failure to follow safety procedures again highlights the fact that seemingly unbelievable errors can and do occur, despite all promises to the contrary. Part of the problem appears to be that most of the safety protocols center around technology and equipment, while the human factor is overlooked.

The question is – what can we learn from this?

You can read the full post by clicking here.


How Get All The Benefits Of Exercise In Less Than An Hour A Week – Click Here!

We often wonder how many real older people are around and what do they have to say. Here is a newsy story about just such a person and some surprising things she has to relate. BROOKLYN NY (PIX11) – 1899 was quite the year. It’s when Staten Island and Queens officially became part of New York City, the paper clip was introduced, and Miss Susannah ...