Do Obese Children View Themselves Unrealistically? 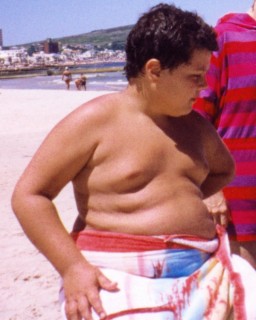 The obesity epidemic continues to escalate, with close to one-third of the adult U.S. population dealing with weight issues. For many children, the issue is also astronomical. In the past 30 years, it’s estimated that the number of obese children has doubled, according to the Centers for Disease Control and Prevention (CDC).

Yet a recent government survey found that many children who are overweight or obese do not even know it. In order to better treat weight-related health issues, researchers hope to help children with weight issues first acknowledge this problem.

Researchers found that some obese children even believed that they were underweight; a misconception that was more common in children of non-Hispanic black and Mexican-American boys and children from low-income families.

Overall, the study’s findings suggest that there may not be proper education about fitness, diet and proper weight at educational institutions throughout the country. With the survey results, researchers said they hope to prompt further investigation and possible restructuring of such topics.

More information regarding the findings can be seen via the study “Perception of Weight Status in U.S. Children and Adolescents Aged 8-15 Years, 2005-2012.”

Just one night of interrupted sleep negatively affected mood, attention span and cognitive ability  –   Fragmented sleep could be as physically harmful as a total lack of sleep, according to an unprecedented study. Lead researcher Prof. Avi Sadeh and his team at Tel Aviv University found that an interrupted night of sleep — which is common ...