Do Phosphate-Rich Foods Cause High Blood Pressure and Heart Disease? 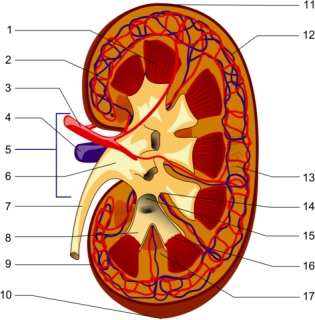 A hormone called FGF23 produced in the bones, controls the rate of sodium excreted in the urine. This is important in the control of high blood pressure. If there is a  lack of FGF23 in the kidneys, higher amounts of sodium are excreted via the urine, resulting in low blood pressure. If the FGF23 level in the kidneys is too high, the sodium excretion is hampered and winds up excessively in the blood stream, resulting in high blood pressure. When large quantities of phosphates are consumed, production of the FGF23 hormone is stimulated, which has a negative effect on the cardiovascular system. Phosphate-rich foods include processed cheese, Parmesan, cola, baking powder and most processed foods containing phosphate additives. Phosphates are widely used in the food industry as preservatives and pH stabilizers. Read about this important finding below.

Over 500 million people around the world suffer from chronic kidney disease. Clinical studies have shown that these patients often develop cardiovascular diseases such as high blood pressure and vascular calcification. Until now, the connection between renal disease, the accumulation of the hormone FGF23 which is produced in the bones, and cardiovascular disease was unclear.

FGF23 controls renal excretion of sodium, and so the blood pressure

The researchers showed that FGF23 has a so called sodium conserving effect, meaning it controls the reabsorption of filtered sodium in the kidneys. Mice lacking FGF23 excrete higher amounts of sodium in their urine, resulting in low blood pressure. Animals with high FGF23 levels show high levels of sodium in their blood, and in turn, high blood pressure.
A raised level of FGF23 puts increased strain on the heart. Reinhold Erben explains that, “In patients with chronic renal disease, both the phosphate levels and the levels of FGF23 are chronically high. This often leads to cardiovascular disease.

A second study, published by Erben’s group in mid-January in EMBO, showed that FGF23 also controls calcium levels. As with sodium, the calcium is filtered in the kidneys and reabsorbed back into the body. If this reabsorption does not take place, the body loses calcium. Too much FGF23 leads to increased take up of calcium by the kidneys, and results in vascular calcification. Olena Andrukhova, the leading author of both studies, is keen to stress that, “Patients with chronic kidney disease often also suffer from cardiovascular disease. Raised FGF23 levels are partly responsible for this. Our results for the first time are able to explain this connection.”

Feedback loop between kidneys and bones

The newly discovered functions of the hormone FGF23 were, until recently, attributed to another protein, αKlotho. Several scientific publications had assumed αKlotho to be the crucial factor for calcium conservation in the kidneys. With their newly published work, Erben and his colleagues show for the first time that FGF23 is responsible for this function, and not αKlotho. However, αKlotho is essential for the FGF23 effects, because it acts as a co-receptor for FGF23. Andrukhova stresses that “The focus in science is increasingly shifting from αKlotho to FGF23.

The level of FGF23 in kidney patients can even indicate their life expectancy. The inhibition of FGF23 or its pathway could be a possibility to bring cardiovascular disease and vascular calcification under control.”

What Mineral May Play Key Role in Insulin Resistance and Diabetes?

Magnesium plays roles in preventing migraine headaches, cardiovascular disease (including high blood pressure, heart attacks, and strokes), sudden cardiac death, and even reduces death from all causes. The shocking statistic is that an estimated 80 percent of Americans are magnesium deficient. In the article below from Dr. Mercola, you will find the ...