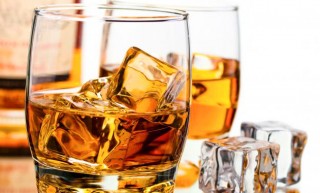 Out of millions who hold full time employment in the United States, close to fifteen million are heavy drinkers of alcohol, exacting a high cost on work organizations, as employees who drink a lot are often absent from work, suffer from a lot of health problems, and are at a greater risk of harming themselves and others. Two specific kinds of drinking behavior significantly contribute to the level of work-performance problems: drinking right before or during working hours (including drinking at lunch and at company functions), and heavy drinking the night before that causes hangovers during work the next day.

Long working hours are linked to risky alcohol consumption. All work and no play, leads to many interference in the health and your stability. A recent study says that involving oneself in lots of working hours or juggling between many jobs, can lead to alcohol indulgence.

Recently, the British Medical Journal released a study that concludes working long hours leaders to heavy drinking. Per the study, people who work more than 48 hours in one week drink more.

Heavy drinking can lead to alcoholism, cirrhosis of the liver, domestic violence and child abuse. Although drinking is not the only response to stress, it is one of the worst, and sometimes those who engage in drinking do other drugs too.

This meta-analysis supports the longstanding suspicion that among workers subjected to long working hours, alcohol can seem like a fast acting and effective way to dull work related aches and pains and smooth the transition between work life and home life. Indeed, these findings could add impetus to further regulation of working hours as a public health intervention.

One mechanism linking long working hours to risky alcohol consumption is that the constraints of time might leave some workers with few choices but to rely on alcohol as a rapid mental and physical analgesic to alleviate the stresses and strains associated with working long hours.

Jack S. Chesney, Penn State University graduate and former journalist, has also researched heavy drinking. He concludes: “Pressure from work can make weaker people drink more than they can handle. I’m surprised in the significant difference in numbers between drinks consumed by men and women. Had this study been conducted in the US only, I would be willing to bet that the men would not look so much worse than the women. All things being equal . . . especially these days.”

In an editorial about the study, Harvard professor Cassandra Okechukwu seemed to suggest that employers must take responsibility to ensure they are not driving their employees to drink too much. “It’s really important for work places to pay attention to the productivity of their workers and work environment,” she writes.

Australian researchers have discovered how social media can serve as an indicator of a community’s psychological well being and can predict rates of heart disease. A number of previous studies have shown emotions and behavior are closely tied to one’s risk for coronary heart disease. Expressions of happiness and joy have been linked ...