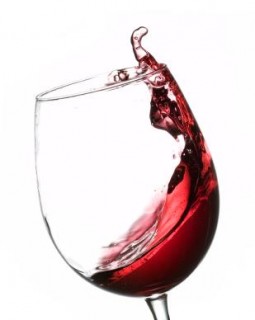 Previous studies said alcohol in moderation was good for you. Don’t believe that really changed – but according to the new study below we might want to be more careful as far how much is a little.

A recent study questions the benefits of consuming light to moderate quantity of alcohol (0.6-0.8 fluid ounces/day) on cardiovascular health.

The large multi-center international study, which was co-led by the Perelman School of Medicine at the University of Pennsylvania in Philadelphia, calls into question previous research that suggests light to moderate drinking may be good for the heart.

The researchers found that people with a particular gene consumed 17% less alcohol per week, were less likely to binge drink, and were more likely to abstain from alcohol altogether, than non-carriers.

The study defines light to moderate drinking as consuming 0.6 to 0.8 fluid ounces of alcohol a day, or 17 to 23 ml, which is roughly what a 175 ml glass of wine contains.

The 155 researchers – from the UK, continental Europe, North America, and Australia – pooled and analyzed data about links between drinking habits and heart health from 56 epidemiological studies covering more than 260,000 people of European descent.

They found that people with a particular gene consumed 17% less alcohol per week, were less likely to binge drink, and were more likely to abstain from alcohol altogether, than non- carriers.

The researchers conclude that reducing alcohol consumption across all levels of consumption – even light to moderate drinking – is beneficial for heart health.

Co-lead author Michael Holmes, a research assistant professor in Perelman School of Medicine’s department of Transplant Surgery, says, “Contrary to what earlier reports have shown, it now appears that any exposure to alcohol has a negative impact upon heart health.”

He explains how for some time, observational studies have suggested only heavy drinking is bad for the heart, and that light drinking might even provide some benefit, and this has led some people to believe moderate consumption is good for their health, even lowering their risk of heart disease.

Even for light-to-moderate drinkers, reduced consumption may improve heart health

“However, what we’re seeing with this new study, which uses an investigative approach similar to a randomized clinical trial, is that reduced consumption of alcohol, even for light-to-moderate drinkers, may lead to improved cardiovascular health,” says Prof. Holmes.

The focus of the study was investigating the heart health of people who carry a particular version of the gene “alcohol dehydrogenase 1B” which codes for a protein that helps to break down alcohol more quickly than in non-carriers.

The rapid breakdown causes nausea, facial flushing, and other symptoms, and is linked to lower levels of alcohol consumption over time.

The team used the gene as an indicator of lower alcohol consumption, and from there found the links between lower consumption and improved heart health.

Funds from the British Heart Foundation and the Medical Research Council in the UK financed the study.

In April 2014, Medical News Today learned how neuroscientists at the University of Utah are investigating a region of the brain that regulates how sensitive we are to the negative effects of alcohol. Inactivating this region of the brain in rats led them to drink more alcohol, at a faster pace.

Can Increasing Temperatures Increase The Risk Of Kidney Stones?

Who would think that kidney stones have some relationship to the weather. But researchers have documented that it is indeed the case. As summer continues, rising temperatures can make people feel sweaty, dehydrated and just uncomfortable. However, a recent study published in the journal Environmental Health Perspectives found that increasingly high ...