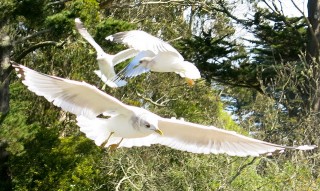 Use deemed inappropriate in one in nine cases.

Aspirin is too often used to prevent stroke and other cardiovascular risks in people for whom guidelines suggest no net benefit, examination of a national registry of cardiology practices suggested.

Fully 11.6% of aspirin use in primary prevention by cardiologists was among people below the recommended 6% 10-year baseline risk threshold, Salim S. Virani, MD, PhD, of the Michael E. DeBakey VA Medical Center in Houston, and colleagues found.

If you’re taking aspirin to prevent heart attack and stroke, there’s a chance you may not need to be popping the little white pills after all.

Researchers at Baylor College of Medicine and several other health institutions studied records of 69,000 people taking daily aspirin for primary prevention of heart attack and stroke. They concluded that more than 1 in 10 of them didn’t need to be taking the over-the-counter drug because their risk of developing heart disease was too low to warrant a daily aspirin regimen, according to the study published this week in the Journal of the American College of Cardiology.

“Aspirin is a really powerful drug but it can cause serious side effects,” said ABC News chief health and medical editor Dr. Richard Besser. “It is very important that it only be used in those people for whom the benefits outweigh the risks.” Aspirin risks can include stroke caused by burst blood vessels and gastrointestinal bleeding, both of which can be fatal, cardiologists say. But the researchers in this study did not look at aspirin-related complications — such as gastrointestinal bleeding or ischemia — in people taking it inappropriately. “People have a tendency to think that aspirin is a benign drug, which it is not,” said Dr. Daniel Simon, chief of cardiovascular medicine at UH Case Medical Center in Cleveland, Ohio.

The researchers note that as aspirin is also available over the counter, it is possible that inappropriate use may be higher than their figure suggests because of patients medicating themselves against the risk of primary cardiovascular events.

In May 2014, the Food and Drug Administration (FDA) advised Americans against the general use of aspirin for primary prevention and they also recently denied a request to market the drug for such use.

To decide what constitutes inappropriate prescribing of daily aspirin for preventing a first heart attack orstroke, the researchers evaluated guidelines from organizations like the American Heart Association and the US Preventative Services Task Force.
Click here to read the entire post.

For all of us, sleep deprivation is the condition of not having enough sleep; it can be either chronic or acute. A chronic sleep-restricted state can cause fatigue, daytime sleepiness, clumsiness and weight loss or weight gain. It adversely affects the brain and cognitive function. However, in a subset of cases sleep deprivation can, paradoxically, ...