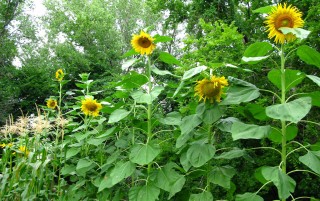 Magnesium is often thought of primarily as a mineral for your heart and bones, but this is misleading. Researchers have now detected 3,751 magnesium-binding sites on human proteins, indicating that its role in human health and disease may have been vastly underestimated. Magnesium is also found in more than 300 different enzymes in your body, including some of those that help regulate blood sugar. This is one mechanism by which magnesium may keep diabetes at bay – a finding that’s been gaining increasing scientific support.

Magnesium May Lower Your Risk of Diabetes

Magnesium Has a Beneficial Effect on Insulin Resistance

Insulin resistance occurs when your body cannot use insulin properly, allowing your blood sugar levels to get too high. Insulin resistance is a precursor to type 2 diabetes, as well as a risk factor in many other chronic diseases.
It is well known that people with insulin resistance also experience increased excretion of magnesium in their urine, which further contributes to diminished magnesium levels. This magnesium loss appears to be secondary to increased urinary glucose, which increases urinary output.
Therefore, inadequate magnesium intake seems to prompt a vicious cycle of low magnesium levels, elevated insulin and glucose levels, and excess magnesium excretion. In other words, the less magnesium your body has, the less it appears to be able to “hang onto it.”

The evidence is pouring in that if you want to prevent type 2 diabetes, proper intake of magnesium is crucial. Unfortunately, by some estimates up to 80 percent of Americans are not getting enough magnesium and may be deficient.
Other research shows only about 25 percent of US adults are getting the recommended daily amount of 310 to 320 milligrams (mg) for women and 400 to 420 for men.
Consuming even this amount is “just enough to ward off outright deficiency,” according to Dr. Carolyn Dean, a medical and naturopathic doctor. If you’re deficient, you could be at risk of type 2 diabetes. Here’s a snapshot of some recent research:

Magnesium is a mineral used by every organ in your body, especially your heart, muscles, and kidneys  If you suffer from unexplained fatigue or weakness, abnormal heart rhythms, or even muscle spasms and eye twitches, low levels of magnesium could be to blame. In addition, magnesium is necessary for:

Dr. Dean has studied and written about magnesium for more than 15 years. The latest addition of her book, The Magnesium Miracle, came out in 2014 and in it you can learn about 22 medical areas that magnesium deficiency triggers or causes, all of which have all been scientifically proven. This includes:

How To Slow Mental Decline

How To Slow Mental Decline – Results from the first ever randomized controlled trial of its kind shows that providing older people at risk of dementia with healthy eating assistance, brain training, exercise, and management of metabolic and vascular risk factors slows down cognitive decline. The Lancet: Healthy eating, exercise, and brain-training In ...