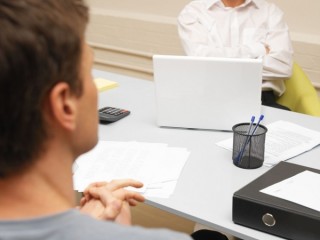 We continually hear about the importance of exercise. What we don’t hear often enough about is the danger that can come with lack of exercise.

The National Institute of Health estimates that the average adult American spends around 7.7 hours a day engaged in “sedentary behavior.” For many, this will take place at the office.

Prolonged sitting can dramatically increase the risk of various health issues, including heart disease, diabetes, colon cancer and other problems. Yet many Americans are opting to use standing desks at work in the hopes of preventing future medical problems.

“Standing desks have been popular probably for 20 years in Europe, but not in the United States,” said Jeffrey Meltzer, president of Applied Ergonomics, an Illinois firm that specializes in workspaces, via the AFP.

The American Osteopathic Association estimates that about 70 percent of office workers spend around five hours a day sitting at their desks.

“We’re sitting ourselves to an early death,” said Rob Danoff, a family physician in Pennsylvania and member of the American Osteopathic Association with a special interest in preventative medicine, via the AFP.

Danoff added that individuals who sit for extended periods of time have problems with blood circulation that can increase the risk of premature death in some cases.

Of course, standing desks might seem peculiar, unrealistic and above all, unnecessary. And make no mistake. They’re certainly expensive.

A quick hunt for the best standing desk reveals that Terra by NextDesk comes in at around $1,600, accompanied with a built-in power strip. However, the health benefits may outweigh the costs of the products.

Olivia Judson, an evolutionary biologist and research fellow in biology at Imperial College London, notes the “influence of science and biology on modern life” of the desks, via the The New York Times: “It doesn’t matter if you go running every morning, or you’re a regular at the gym. If you spend most of the rest of the day sitting – in your car, your office chair, on your sofa at home – you are putting yourself at increased risk of obesity, diabetes, heart disease, a variety of cancers and an early death. In other words, irrespective of whether you exercise vigorously, sitting for long periods is bad for you.”

At the end of it all, the message behind a standing desk is not simply about standing. Rather, it’s about movement.

“These micro-movements can add up to a significant expenditure of calories throughout the day,” Chris Kesser (author of Personal Paleo Code) said, via The Huffington Post.
Staying in motion throughout the day can help keep up the number of calories burned, blood circulation flowing and decrease the risk of health risks, overall.

It is hard to believe that there is any advantage in having extra pounds. But it seems that when you consider that weight itself may not be the problem – it is how much – then the results below will make some sense. This may be the best news you read all day: Heavier seniors live longer than those of normal weight. That’s the word ...