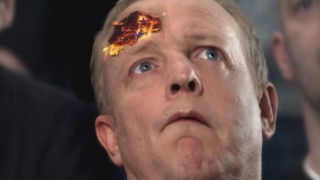 The big worry people have about going into hospitals for procedures is contracting an antibiotic resistant strain of staph, develop resultant pneumonia, and gamble on leaving alive. Now comes a new worry –   increased stroke risk.  Now you have to worry about going under the knife. A new study in the United States found that people that develop irregular heartbeats after having major surgery increases their likelihood of stroke.

The exposure is huge , but  not enough attention has been directed to the consequences.

A large new study suggests that doctors should take these abnormal heart rhythms, known as atrial fibrillation, or A-fib, more seriously. About 200 million operations of any kind are performed worldwide every year, and at least two million of these patients experience atrial fibrillation, which occurs when the heart’s upper chambers, the atria, beat chaotically. The rate is particularly high after cardiac surgery; as many as a third of these patients will have an episode. It found that patients who experienced one or more episodes after surgery had a striking increase in their risk of having a future stroke. The findings are likely to encourage doctors to potentially monitor and in some cases treat the patients who experience them.

What the study authors want patients and clinicians to realize that while it may be a sign of stress, it could also signify an underlying condition.

Dr. Hooman Kamel put out a release discussing the findings. “We want patients and clinicians to be aware that having (atrial fibrillation) after surgery does have long-term implications and has to be followed up on after surgery is over.”

The group with the biggest risk are those with chronic atrial fibrillation. This causes irregular blood flow, and the condition can lead to clots that increase a patient’s risk of an ischemic stroke.

What isn’t known is the long-term effects of people that develop short-term atrial fibrillation while in the hospital due to stress. The study examined 1.7 million people who had surgeries in California between 2007 and 2011.

With the jump in risk, Kamel said that hospitals need to clearly document the condition if it occurs. Patients need to be informed and possible treatment plans developed. Once you have it, the goal is to prevent the stroke from occurring.

“Rather than viewing the occurrence of (atrial fibrillation) after surgery as a temporary condition, I think it needs to be clearly documented and communicated with the patient.”

So, even if you are the stressful type entering a hospital, let your doctor know that you expect be monitored for any abnormal heart rhythms, or any heart irregularities post-surgery.

make it a point that you will be following up with him or her. Your stress may be more than that, and you may need to be cleared or treated for any possible risk of an ischemic stroke.

People who eat the least salt may be hurting their hearts, according to a study causing controversy amid efforts to cut sodium consumption. Hypertension is the most common modifiable risk factor for cardiovascular disease and death. Worldwide, it is estimated that more than 1 billion adults have hypertension, that this figure is projected ...