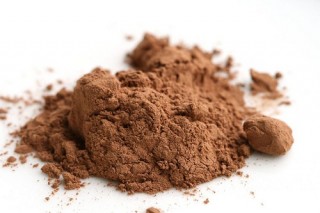 Caffeine is naturally found in more than 60 plants, like coffee beans, tea leaves, and cacao, the FDA says. But man-made caffeine is also added to energy drinks and sold as powder or capsule supplements.

For about $10, you can buy 100,000 milligrams of caffeine powder online. That’s more than 1,000 Red Bulls’ worth of caffeine in one package. The powder can be used for inexpensive homemade caffeinated drinks and foods, as well as for pre-workout shakes. One online customer claims they made a caffeinated corn chowder.

Customer reviews on sales sites are quick to warn of how easy it is to mistakenly use too much of the powder. The serving size is 1/16 of a teaspoon, which requires mini-measuring spoons and a scale to measure. Simply mixing two regular spoonfuls of the powder into a drink is the same as drinking 70 Red Bulls at once, which could kill you. Some people use caffeine powder that comes in pre-measured capsules, each with 200 milligrams of caffeine.

“The public does not realize the caffeine content present in these products and the risk associated with ingestion of even small quantities,” says Chris Holstege, MD, director of toxicology and assistant professor at the University of Virginia School of Medicine.

Following the death of an 18-year-old from Ohio who overdosed on caffeine powder just days before he would have graduated from high school, the Food and Drug Administration is investigating several caffeine products, such as energy shots and certain candies. He is suspected to have consumed this powder before a workout.

Many individuals who are trying to lose weight consume caffeine powder as a dietary supplement, and because it is sold as such, the dangerous substance is exempt from serious federal regulations. Now, however, the Food and Drug Administration is investigating several caffeine products, such as energy shots and certain candies.

“They’re starting to latch onto the powders more because they see it as a more potent way to lose weight,” Dr. Robert Glatter, an emergency physician at Lenox Hill Hospital, said of caffeine powder users, as reported by the Associated Press.

Glatter reported having witnessed several young individuals arrive at the hospital with rapid heart rates from the caffeine powder. Other symptoms may include seizures or vomiting.

h2>How To Get All The Benefits Of Exercise In Less Than An Hour A Week – Click Here!

Trick: How To Get Your Children to Eat their Vegetables

When it comes to urging young children to eat healthy foods, most parents know the drill: We pretend to be airplanes, we sing songs with words rhyming with “broccoli,” and we sometimes resort to extolling the virtues of Popeye and his spinach dependency — all in an effort to get kids to eat their veggies. A healthy diet remains an essential ...