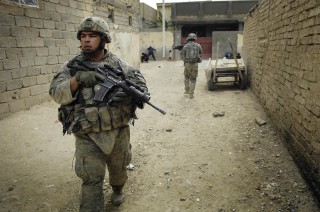 In a study of more than 8,000 veterans living in Hawaii and the Pacific Islands, those with posttraumatic stress disorder had a nearly 50 percent greater risk of developing heart failure over about a seven-year follow-up period, compared with their non-PTSD peers.

The findings appear in the April 2015 issue of the American Journal of Public Health.

The study adds to a growing body of evidence linking PTSD and heart disease. The research to date–including these latest findings–doesn’t show a clear cause-and-effect relationship. But most experts believe PTSD, like other forms of chronic stress or anxiety, can damage the heart over time.

“There are many theories as to how exactly PTSD contributes to heart disease,” says Dr. Alyssa Mansfield, one of the study authors. “Overall, the evidence to date seems to point in the direction of a causal relationship.”

Mansfield was senior author on the study while with the Pacific Islands Division of the National Center for PTSD of the Department of Veterans Affairs (VA). She is now with the VA Pacific Islands Health Care System and also an assistant adjunct professor of epidemiology at the University of Hawaii.

The study tracked 8,248 veterans who had been outpatients in the VA Pacific Islands system. The researchers followed them an average of just over seven years. Those with a PTSD diagnosis were 47 percent more likely to develop heart failure during the follow-up period. The researchers controlled for differences between the groups in health and demographic factors.

Lead author on the study was Samit S. Roy, with Ohio State University and the University of Minnesota. Other coauthors were Dr. Randi Foraker, with OSU; and Dr. Richard Girton, with the VA Pacific Islands Health Care System.

Anyone concerned with maintaining healthy eye function may want to add more broccoli, sardines and blueberries to their diet, according to the recommendations from an expert at Loyola University Chicago. 8 Good Eye Health Eating Musts Newswise — You may remember your mother telling you to eat your carrots; they are good for your eyes. Well, she ...