How To Slow Mental Decline 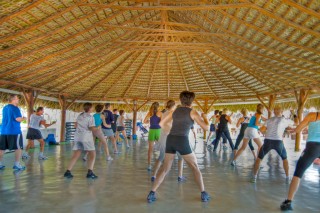 How To Slow Mental Decline – Results from the first ever randomized controlled trial of its kind shows that providing older people at risk of dementia with healthy eating assistance, brain training, exercise, and management of metabolic and vascular risk factors slows down cognitive decline.

In the Finnish Geriatric Intervention Study to Prevent Cognitive Impairment and Disability (FINGER) study, researchers led by Professor Miia Kivipelto from the Karolinska Institutet in Stockholm, Sweden, National Institute for Health and Welfare in Helsinki, and University of Eastern Finland, assessed the effects on brain function of a comprehensive intervention aimed at addressing some of the most important risk factors for age-related dementia, such as high body-mass index and heart health.

1260 people from across Finland, aged 60-77 years, were included in the study, with half randomly allocated to the intervention group, and half allocated to a control group, who received regular health advice only. All of the study participants were deemed to be at risk of dementia, based on standardised test scores.

The intensive intervention consisted of regular meetings over two years with physicians, nurses, and other health professionals, with participants given comprehensive advice on maintaining a healthy diet, exercise programs including both muscle and cardiovascular training, brain training exercises, and management of metabolic and vascular risk factors through regular blood tests, and other means.

After two years, study participants’ mental function was scored using a standard test, the Neuropsychological Test Battery (NTB), where a higher score corresponds to better mental functioning. Overall test scores in the intervention group were 25% higher than in the control group. For some parts of the test, the difference between groups was even more striking–for executive functioning (the brain’s ability to organise and regulate thought processes) scores were 83% higher in the intervention group, and processing speed was 150% higher. Based on a pre-specified analysis, the intervention appeared to have no effect on patients’ memory. However, based on post-hoc analyses, there was a difference in memory scores between the intervention and control groups.

According to Professor Kivipelto, “Much previous research has shown that there are links between cognitive decline in older people and factors such as diet, heart health, and fitness. However, our study is the first large randomised controlled trial to show that an intensive program aimed at addressing these risk factors might be able to prevent cognitive decline in elderly people who are at risk of dementia.”

The medicine ball clean is an explosive compound movement that introduces one to Olympic style weightlifting with a medicine ball. The muscles it primarily uses are the hamstrings, glutes, lower back, core, shoulders, and upper traps, but is especially good for developing full-body coordination, agility and explosive power. Here are some reasons why ...