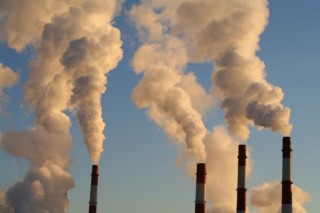 We have grown accustomed to hearing about air pollution and its dangers. Environmental researchers  and scientists are still uncovering it’s effects. This article concerns the link of air pollution to cognitive decline – what can be referred as the creeping senility that some experience as they get older. We provide excerpts of this important study – you can read the entire article by clicking here.

A new study published in the Journal of Gerontology has highlighted the risks of air pollution on cognitive function in older adults, with equally damaging repercussions.

Particulate matter is air pollution made up of extremely small particles or liquid droplets. Typically, it’s composed of any number of toxicants, including organic chemicals, metals, soil, or dust. The smaller the diameter of the particle, the greater its risk of health damage becomes, as these can easily pass into your lungs, causing well-known damage to your heart and lungs.

There is growing evidence that fine particulate matter poses a risk to brain health and development, so researchers set out to look at its impact in older adults (those aged 55 and older).

According to the study’s co-author:

“…particulate matter may affect cognitive function in older adults by its harmful effects on the cardiovascular system – which is connected to the brain through blood vessels – and possibly by directly acting on the brain itself.”
The research suggests that air pollution may cause damage in both the early and late stages of life. One study even found that “neurodegenerative disorders such as Alzheimer’s may begin early in life with air pollutants playing a crucial role.

According to a German study presented at the EuroPRevent 2013 congress in Rome, long-term exposure to fine particulate matter air pollution is associated with atherosclerosis, or damage-induced thickening of the arteries.

The results showed that small particulate matter and proximity to major roads were associated with aortic calcification, and for every increase in particle volume up to 2.4 micrometers, calcification increased by nearly 21 percent.

Fine particle matter is believed to increase your cardiovascular disease risk by causing an imbalance in your autonomic nervous system (ANS), the part of your brain that is intricately involved in regulating biological functions such as blood pressure, blood sugar levels, clotting, and viscosity. There are actually quite a few mechanisms by which air pollution harms both your heart and your brain.

If the Air Quality Index (AQI) in your area is high, it may be best to stay indoors as much as possible. At the very least, avoid exercising outdoors when air pollutants are high (such as during rush-hour traffic).

The truth is, you can’t always escape outdoor air pollution, so it’s better to focus your attention on your immediate environment, which you have more, if not full, control over. Amazing as it sounds, indoor air can be 5 to 10 times more polluted than outdoors air!

This is because there’s a lack of ventilation, so contaminants build up and stagnant air is re-circulated, further amplifying the problem. Common health problems that can be attributed to poor indoor air quality include:

Simply open some windows. Of course, this can only take you so far, and works better if your outdoor air isn’t heavily polluted, but it’s an important and simple step.

Next, since it is impossible to eliminate all air contaminants, one of the best things you can do is incorporate a high-quality air purifier.