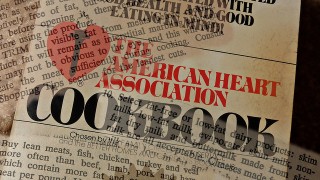 The condition we probably dread mightily is “cognitive impairment”. Regardless of what is going on physically – we most fear “losing it”. What condition creates more fear than “Alzheimer’s”, or “senility. A study recently reported did indeed relate “cognitive impairment” to heart health. That doesn’t mean either full blown Alzheimer’s or senility, but we are on on the way (“cognitive decline”). Better cardiovascular health was associated with a lower likelihood of developing cognitive impairment in both black and white individuals, an analysis of the study showed.

The study Reported in the Journal of The American Heart Association concluded that “Compared with low cardio vascular health, CVH, intermediate and high CVH were both associated with substantially lower incidence of cognitive impairment. We did not observe a dose‐response pattern; people with intermediate and high levels of CVH had similar incidence of cognitive impairment. This suggests that even when high CVH is not achieved, intermediate levels of CVH are preferable to low CVH. The association was similar in blacks and whites, as well as outside and within the Southeastern stroke belt region of the United States.“

Check out the full digests in medpagetoday and Journal of The American Heart Association.

Is A Man's Marital Status Related To His Health Concerns?

What will motivate a man to attend to medical check ups, doctor visits, or screenings?  A new report from the Centers for Disease Control and Prevention (CDC) shows that marital status plays a major motivational role. Researchers found that married men were more likely to participate compared to single men or men living with a partner. “Perhaps ...