Is Meaning Healthier Than Happiness? 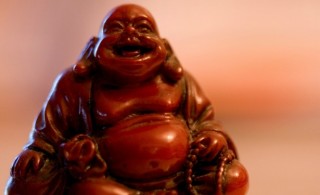 Psychiatrist and Holocaust survivor Viktor Frankl once wrote, “Life is never made unbearable by circumstances, but only by lack of meaning and purpose.” For most people, feeling happy and finding life meaningful are both important and related goals. But do happiness and meaning always go together? In a study people’s happiness levels were positively correlated with whether they saw their lives as meaningful. However, the two measures were not identical – suggesting that what makes us happy may not always bring more meaning, and vice versa.

Is Meaning Healthier Than Happiness?

“Being happy is about feeling good. Meaning is derived from contributing to others or to society in a bigger way.”

“Happiness without meaning characterizes a relatively shallow, self-absorbed or even selfish life, in which things go well, needs and desire are easily satisfied, and difficult or taxing entanglements are avoided,” the authors of the study wrote. “If anything, pure happiness is linked to not helping others in need.” While being happy is about feeling good, meaning is derived from contributing to others or to society in a bigger way. As Roy Baumeister, one of the researchers, told me, “Partly what we do as human beings is to take care of others and contribute to others. This makes life meaningful but it does not necessarily make us happy.”

After noting the sense of meaning and happiness that each subject had, Fredrickson and Cole, with their research colleagues, looked at the ways certain genes expressed themselves in each of the participants. Like neuroscientists who use fMRI scanning to determine how regions in the brain respond to different stimuli, Cole and Fredrickson are interested in how the body, at the genetic level, responds to feelings of happiness and meaning.

Cole’s past work has linked various kinds of chronic adversity to a particular gene expression pattern. When people feel lonely, are grieving the loss of a loved one, or are struggling to make ends meet, their bodies go into threat mode. This triggers the activation of a stress-related gene pattern that has two features: an increase in the activity of proinflammatory genes and a decrease in the activity of genes involved in anti-viral responses.

“You have a forward-looking immune system,” Fredrickson told me, “If you have a long track record of adversity, it prepares you for bacterial infections. For our ancestors, loneliness and adversity were associated with bacterial infections from wounds with predators and fights with conspecifics.” On the other hand, if you are doing well and having a lot of healthy social connections, your immune system shifts forward to prepare you for viruses, which you’re more likely to contract if you’re interacting with a lot of people.

What does this have to do with happiness?

Cole and Fredrickson found that people who are happy but have little to no sense of meaning in their lives — proverbially, simply here for the party — have the same gene expression patterns as people who are responding to and enduring chronic adversity. That is, the bodies of these happy people are preparing them for bacterial threats by activating the pro-inflammatory response. Chronic inflammation is, of course, associated with major illnesses like heart disease and various cancers.

“Empty positive emotions” — like the kind people experience during manic episodes or artificially induced euphoria from alcohol and drugs — ”are about as good for you for as adversity,” says Fredrickson.

“It’s important to understand that for many people, a sense of meaning and happiness in life overlap; many people score jointly high (or jointly low) on the happiness and meaning measures in the study. But for many others, there is a dissonance — they feel that they are low on happiness and high on meaning or that their lives are very high in happiness, but low in meaning. This last group, which has the gene expression pattern associated with adversity, formed a whopping 75 percent of study participants. Only one quarter of the study participants had what the researchers call “eudaimonic predominance” — that is, their sense of meaning outpaced their feelings of happiness.”

“This is too bad given the more beneficial gene expression pattern associated with meaningfulness. People whose levels of happiness and meaning line up, and people who have a strong sense of meaning but are not necessarily happy, showed a deactivation of the adversity stress response. Their bodies were not preparing them for the bacterial infections that we get when we are alone or in trouble, but for the viral infections we get when surrounded by a lot of other people.”

check the original review at: http://www.theatlantic.com/health/archive/2013/08/meaning-is-healthier-than-happiness/278250/

To prevent the onset of diabetes, people are often told to adopt a healthy lifestyle by monitoring their caloric consumption and boosting their physical activity level. However, new research suggests another precautionary measure that can be added to that list: dietary acidic load. Women who have a highly acidic diet from meat products and other foods ...