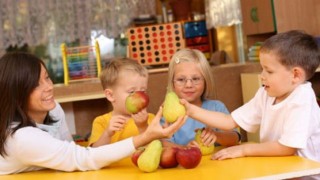 Inflammation is a process by which the body’s white blood cells and chemicals protect us from infection with foreign substances, such as bacteria and viruses.

What Diseases Are Associated With Inflammation?

Often, only a few of these symptoms are present.

Inflammation may also be associated with general flu-like symptoms including:

“Many health problems in both childhood and adulthood involve excessive inflammation,” said Gregory E. Miller, professor of psychology in the Weinberg College of Arts and Sciences. “The process has a role in diabetes, heart disease, allergies and some cancers.”

The general concept is that constant or out-of-control inflammation in the body leads to ill health, and that eating to avoid constant inflammation promotes better health and can ward off disease, says Russell Greenfield, MD, a clinical assistant professor of medicine at the University of North Carolina.

The risk of inflammation, a chronic over activation of parts of the immune system in children from low-income families, can be reduced by teaching poor parents good parenting, nutrition ignorance, and life skills.

At various stages of life, children from low socioeconomic status (SES) experience inflammation and poorer health as compared to their better off peers. They suffer from lower birth weights at infancy and are at an increased risk of age-related chronic conditions such as cardiovascular diseases and cancer.

The studies included families from small, rural areas in Georgia. Nearly 90 percent of the families belonged to low-income background. They basically focused on mothers and their 11-year-old children. Nearly 170 of the families were put through a seven-week training program that focused on enhancing parenting and smoothening communication between parents and children. The program also helped children develop strategies to deal with stress, racism and peer pressure that exists around sex, drugs and alcohol.

Later, when the children turned 19 years old they collected the blood samples in order to measure the extent of inflammation. It was seen that the children, now adults, who underwent the training program had experienced a significantly lower inflammation when compared to the control group. However, the researchers failed to prove a cause-and-effect relationship as the study was designed to prove whether or not the intervention strategy had a direct effect on the levels of inflammation.

“We also found that the training was most successful in reducing inflammation in families who came from the most disadvantaged neighborhoods,” Miller said. “The study is also novel in its focus on families who are at high risk for health problems relative to other Americans.”

The study was documented in the Proceedings of the National Academy of Sciences.

The statistics quoted below are unbelievable. Veterans are are committing suicide daily. The problem seems to include what we were hearing lately i the news about the VA system in general. What was noted below specifically was the “individual and systemic failures by the VA to provide adequate care and address the needs of veterans”. House ...