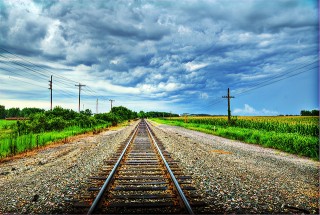 Let’s face it – sooner or later we all die – but a new study says feeling sprightly might suggest a person has more time left than people who feel their age or older.

A new study finds ‘a strong relationship’ between people’s self-perceived age and their cardiovascular health.

It’s all in your mind.

‘How old do you feel?’ The answer may help predict your risk of death in the coming years

Study Finds Those Who Feel Younger Might Actually Live Longer

“Acting your age” may actually be hazardous to your health. A team of British researchers have found that the key factor in living longer lies not in any vitamin supplement, but rather in your own mind.

Older people who reported feeling younger had a far lower death rate than those who said they felt older, according to a new study by two researchers from University College London. The pair also found “a strong relationship” between a person’s self-perceived age and his or her cardiovascular health: those with worse hearts, in other words, tended to feel older.

Andrew Steptoe and Isla Rippon – harnessing data from a previous study on aging – analyzed information collected from 6,489 people ages 52 and older. The group, which was asked simply, “How old do you feel you are?,” had an average age of about 66 years old, and an average self-perceived age of roughly 57 years old.

The results: After adjusting for variables like physical disabilities, baseline health and certain health behaviors, those who felt older than their actual age had a 41 percent “greater mortality hazard” within the eight-year study period than those who felt younger, Steptoe and Rippon found.

“The study is important because it provides further evidence that perceptions of aging can have real consequences for the health of older individuals,” said Becca R. Levy, associate professor of epidemiology and psychology at the Yale School of Public Health in New Haven, Connecticut.

“The findings show the need for society, which often influences these perceptions, to concentrate its efforts on enabling older individuals to view the process of growing old in a more positive light,” Levy, who was not part of the new study, told Reuters Health by email.

People who feel older are less likely to go out and about, are lonelier, are less mobile and are less physically active, Steptoe noted.

“This relationship has been shown before, but not in such a large scale study in which we were able to look at such a range of possible explanations,” said coauthor Andrew Steptoe of the epidemiology and public health department at University College London. “We still don’t understand what the explanation really is.”

How To Detect Liars

When  sprinter Oscar Pistorius, charged with murdering his girlfriend, took to the witness stand in self-defense, we were forced to do the impossible: separate truth from untruth. Is he lying, as he describes shooting Reeva Steenkamp through a closed bathroom door? Or was he, as he says, legitimately frightened, and protecting her from an intruder? ...