Is Tuberculosis Still A Threat? 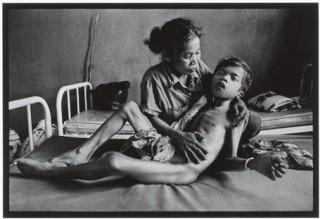 We thought that TB was just about eradicated or at the very least, in very small numbers. It turns out that there is an awful lot of under reporting going on. Read about the latest findings.

A recent study published in The Lancet Global Health found that the incidence of childhood tuberculosis has been 25 percent higher than previous estimates. In fact, findings suggest that around 15 million children may be exposed to TB every year, while roughly 53 million are living with latent TB infection.

“Our findings highlight an enormous opportunity for preventive antibiotic treatment among the 15 million children younger than 15 years of age who are living in the same household as an adult with infectious TB”, said lead author Dr Peter Dodd from the University of Sheffield in the UK, in a news release. “Wider use of isoniazid therapy for these children as a preventative measure would probably substantially reduce the numbers of children who go on to develop the disease.”

Contrary to previous research, the study authors used mathematical modeling to estimate infection rates and disease in children based on country-specific data from household and population structure. This helped to further exhibit the estimates of TB in adults.

Study findings revealed that about 7.6 million under the age of 15 in the 22 HBCs became infected with Mycobacterium tuberculosis in 2010, while roughly 650,000 developed TB. India carried the highest childhood TB rates, accounting for 27 percent of the total burden.

Overall, researchers found that 65 percent of active TB cases in children were missed every year by national TB programs, and the case detection rate was also substantially lower than the WHO estimates of 66 percent in adults.

Dr. Dodd concluded with the following: “Children are an often ignored but important part of TB control efforts. In high-burden settings, childhood TB makes up a substantial fraction of the total TB burden. The estimated incidence is higher than the number of notifications, with under-reporting more common in younger children. Quantifying the burden of TB in children is important because without good numbers, there can be no targets for improvement, no monitoring of trends and there is a lack of evidence to encourage industry to invest in developing medicines or diagnostics that are more appropriate for children than those available today.”

House Speaker John Boehner, pictured here on July 11, 2014, intends to sue the president over his last-minute changes to the health law. (Mark Wilson/Getty Images) This week, lawmakers in the House of Representatives will vote on Speaker John Boehner’s resolution to sue President Obama for waiving the Affordable Care Act’s (ACA) employer mandate ...