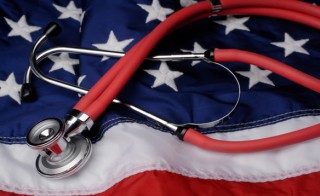 The general concerns about US healthcare are about quality and cost. We need to take stock every once in a while and see where improvements can be made.

An article in (MedPage Today) — concludes that Healthcare costs in the U.S. remain the highest per person, but expenditure growth has slowed in the past decade, bringing the nation’s health budget more in line with other countries, according to a new analysis.

Over the period of the study analysis, the researchers found that health spending in the U.S. grew twice as fast as the comparator countries in the early 2000s, but declined steeply — from approximately 7% in 2002 to less than 2% annually by 2011 — and fell to less than that of the comparator countries after 2007, they wrote in the Lancet in a series entitled “The health of Americans.”

They attributed the U.S. healthcare spending downturn to a combination of government policies and market forces.

However, U.S. healthcare costs also remain the highest as a share of gross domestic product (GDP) compared with the five other high-spending countries, according to the report.

“OECD work on comparative price levels in health suggests that the prices, rather than volumes, of health services contribute the most to explaining the higher U.S. spending, in line with the conclusions of scholarly work,” the authors wrote.

They noted that probable explanations for health price levels being higher in the U.S. are a more intense use of health-related technologies, low productivity, decentralized price negotiations, a fragmented insurance market, and a high level of provider concentration in geographic areas.

This downward pressure on health spending growth continued into 2012. New data released by OECD found U.S. health spending grew less than the comparator countries in this period, despite a slight rebound of healthcare expenditure growth, according to an accompanying statement.

The declining rate of growth in healthcare expenditure is striking because, unlike the other five countries studied, the U.S. started major reforms to expand healthcare coverage to a wider proportion of the population during the 2008-2011 period.

In addition, 2011 was the first year since the start of the economic crisis when the number of people without medical insurance in the U.S. dropped by 1.3 million, the authors pointed out.

However, they cautioned that “this progress is no reason for complacency,” calling for greater efforts in the coming years to control the main driver of higher healthcare expenditure in the U.S., namely “health sector prices.”

http://www.insurancejournal.com/wp-content/uploads/2011/12/us-healthcare.jpg What seems to have been overlooked by the general population is that bridging the gap between the U.S. public health system and private healthcare is a key mandate of the Affordable Care Act (ACA). Excerpts of the MedPageToday review appear below. The public and private ...