Is Your Profession “Coffee Addicted”? 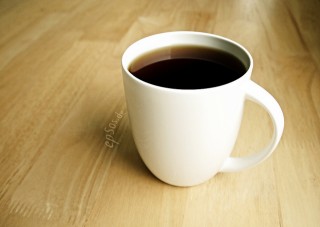 With repetitive use, physical dependence may occur.  Caffeine has no addiction liability.  Also, some effects of caffeine, particularly the autonomic effects, decrease over time, a phenomenon known as a tolerance. Tolerance develops quickly to some (but not all) effects of caffeine, especially among heavy coffee and energy drink consumers.  Some coffee drinkers develop tolerance to its sleep-disrupting effects, but others apparently do not. Withdrawal symptoms – including headaches, irritability, inability to concentrate, drowsiness, insomnia, and pain in the stomach, upper body, and joints – may appear within 12 to 24 hours after discontinuation of caffeine intake, peak at roughly 48 hours, and usually last from 2 to 9 days  Withdrawal headaches are experienced by 52% of people who stopped consuming caffeine for two days after an average of 235 mg caffeine per day prior to that  In prolonged caffeine users, symptoms such as increased depression and anxiety, nausea, vomiting, physical pains and intense desire for caffeine are also reported.

Is Your Profession Coffee Addicted?

A study conducted by the University of South Carolina found that the daily recommended dose of caffeine shouldn’t exceed 200mg per day — the equivalent of about two mugs of coffee. Beyond its addictive properties, comparatively mild though they may be, caffeine can up your blood pressure, cause anxiety, and lead to health problems; unfortunately, though, 62 percent of respondents to Pressat’s survey weren’t aware of the health risks. At the same time, though, research has also found that coffee has loads of health benefits, too; moderate coffee consumption can lower your risk for type 2 diabetes, enhance memory, reduce pain, and lessen risks of liver damage. As long as you don’t overdo it, you’ll probably be fine.

The folks in the following 10 professions, though? We’re probably more likely to overdo it than anyone else. And yes, I said “we” — guess what the number one answer was? To be fair, the answers aren’t exactly surprising; most of them are the sorts of people you would expect to drink a heck of a lot of coffee. Is anyone else suddenly questioning their choice of career?

You can read the entire informative post at Bustle.com by clicking here.