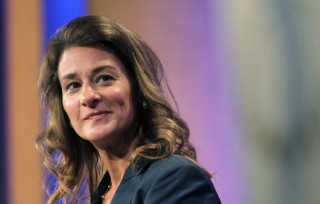 Disclosure: The Bill and Melinda Gates Foundation is a financial supporter of NPR’s education reporting.

The Gates family, through the Bill and Melinda Gates Foundation, has been involved in technological and philanthropic projects that have benefited people all over the globe. One of these projects was subject to criticism – you can read all about it.

The Bill and Melinda Gates Foundation has strongly backed the national education guidelines known as Common Core. The standards in math and English that specify what skills a student should have for every grade.

Common Core has been criticized by teachers unions and parent groups, and at least three states have dropped the program this year. Melinda Gates joins Here & Now’s Jeremy Hobson to discuss the criticism of Common Core and how the foundation decides where to focus its philanthropy.

While the Bill and Melinda Gates Foundation has focused on education in the U.S., it spends more money overall on global health programs, including combating malaria.

Seeing is believing – look at the before and after photos below. Before After “The Fosters of Colorado decided to dedicate themselves to improving their health through diet and exercise, and the results have been amazing. The story of this couple’s dedication to improving their lives and well-being is probably one of the most satisfying ...