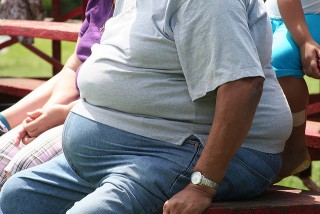 This study finds that “intensive behavioral counseling” works better than do-it-yourself. In fact – do it yourself may not work at all. The United States Preventive Services Task Force has recently issued new guidelines for overweight adults with an increased risk of developing heart conditions. Health officials recommend that they receive preventive care as well as counseling on diet and exercise.

According to the United States Preventive Services Task Force (USPSTF), doctors should offer intensive lifestyle counseling, or referrals for counseling, to all adults aged 18 years or older in primary care settings who are overweight or obese and have known CVD risk factors (hypertension, dyslipidemia, impaired fasting glucose, or the metabolic syndrome). In the studies reviewed by the USPSTF, the vast majority of participants had a BMI greater than 25 kg/. Nearly half of all U.S. adults have at least one risk factor for cardiovascular disease while roughly 70 percent are overweight or obese, according to the task force. And what does “intensive” mean? In studies, it has typically meant five to 15 sessions with a dietitian, exercise specialist or other health professional — usually in-person, though sometimes over the phone.

Trying To Exercise In Your 40's And After?

There is certainly a difference – as you age – in the effort required to keep you exercise program intense. It’s not just that the changes in your aging body are seemingly rebelling – it may actually be that the type of exercise that is most beneficial does indeed vary with your body age. Here are some tips for those who are ...