Scientists Make New Strides In Identifying BPA In Our Environment 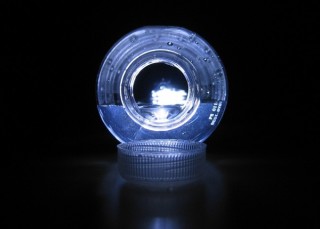 We originally identified BPA as a hazard in baby bottles only. It turns out that this hazard is all over the place. This article reveals that scientists have been developing new tools to be able to identify the extent of BPA in our environment.

A lot of research has been done that links bisphenol A (BPA) in plastic and other products with health problems. Now, though, scientists are finding alternatives for BPA, which could help develop safer products in the future. But how safe are these new alternatives?

Millions of tons of BPA and related compounds are produced each year. BPA can be found in receipt paper, toys, water bottles and other plastic products. In the past, studies have linked BPA with health problems that range from poor growth to cancer.

So how does BPA cause these health issues? BPA and BPA analogs belong to a class of compounds called endocrine disruptors. These chemicals can interfere with a body’s endocrine, or hormonal, system.

“I think it is fair to say that many of these BPA analogs have not been thoroughly tested, yet they are used in everyday plastics such as water bottles, baby bottles, and the lining of canned goods,” said Fabio Stossi, one of the researchers, in a news release.

“The high throughput approach that we’ve refined during the past several years can simultaneously quantify what these compounds are doing to a wider range of processes such as protein levels, nuclear trafficking, DNA binding, protein interactions, transcription, cell cycle, and proliferation,” said Michael Mancini, one of the researchers, in a news release. “These studies represent a breakthrough in our ability to focus precious resources on those BPA analogs and other endocrine disrupting chemicals of greatest concern.”

This latest study shows a way to rapidly test compounds as scientists search for alternatives to BPA. This is crucial for weeding out compounds that have any unexpected or undesirable properties.

The findings are published in the journal Chemistry & Biology. “Defining Estrogenic Mechanisms of Bisphenol A Analogs through High Throughput Microscopy-Based Contextual Assays”

Are There Secrets To Living Longer?

The following compilation of news segments highlights several of the oft-ignored factors that tend to promote longevity, including having a sense of purpose in life, honoring family, and even having a strong religious faith. We are on the lookout for ways to increase our lifespan. There are probably many components to consider: diet, exercise, environment, ...