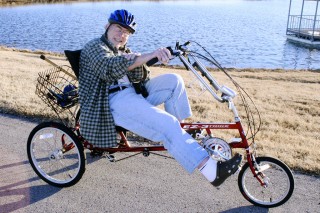 Are we being misled by the numerous claims that various exercise programs can help to reduce weight? Is the concept that exercise can play such a role a myth perpertrated by commercial junk food manufacturers? The strongly-worded editorial in the British Journal of Sports Medicine, published in the May edition of the journal, says you can’t outrun a bad diet and that although regular exercise reduces the risk of developing a number of health issues such as heart disease, dementia, some cancers and type 2 diabetes, it doesn’t promote weight loss. While regular exercise is a key to good health, obesity isn’t surging because people aren’t working out enough. Instead, researchers are placing the blame on diets loaded down with excess sugar and carbs. Read about a very important study that finally reveals the truth behind our obesity epidemic.

By Jenny Hope, Medical Correspondent for the Daily Mail

Experts led by cardiologist Dr Aseem Malhotra, the public wrongly believed that obesity was due to a sedentary lifestyle. The doctors claimed that obesity has rocketed in the past 30 years, despite little change in physical activity levels. ‘This places the blame for our expanding waistlines directly on the type and amount of calories consumed,’ said Dr Malhotra. ‘Let us bust the myth of physical inactivity and obesity. You cannot outrun a bad diet.’

In the British Journal Of Sports Medicine, the doctors added that the ‘false perception’ on the cause of obesity stems from corporate marketing ‘chillingly similar’ to that used by the tobacco industry. They cited Coca-Cola associating its products with sport ‘suggesting it is OK to consume their drinks as long as you exercise’.

Check out this fact sheet from WHO.

Tam Fry, of the National Obesity Forum, said: “The junk food and drinks industry has known for years just what it has do to make its products healthy, but persists in not doing it. The coalition has so far colluded with this through its inept attempts to challenge the producers to be responsible.

“The next government has to crack down on junk if obesity is to be halted and theNHS not brought to its knees. Whitehall could also crack down on commercial sponsorship of sport – but it won’t. Funding sport makes corporations feel good about themselves and they know it’s good for business. They have the cash and the public purse doesn’t”, added Fry, who is also an expert adviser to the Action on Sugar campaign group.