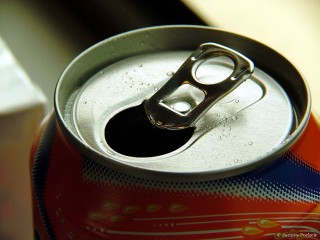 If there wasn’t enough evidence about the actual damage and potential damage that is associated with various soda beverages – there comes along a new study pointing the same accusing finger – but in an entirely new direction.

A new study finds a link between sugar-sweetened soda and rheumatoid arthritis risk.

Women who drink one or more sugar-sweetened sodas a day are significantly more likely to develop rheumatoid arthritis (RA) than those who drink less than one soda month or none, according to a recent study published in The American Journal of Clinical Nutrition. The risk appears to be even higher for older women.

Rheumatoid arthritis is a systemic, autoimmune disease that causes inflammation leading to joint pain and damage, fatigue and other symptoms. It’s believed to result from a combination of genetic and environmental factors, possibly including diet.

Because many studies have shown that sugar-sweetened soda is linked to obesity as well as type 2 diabetes and heart disease – all of which are more common in people with RA – the researchers wondered whether sugary beverages might play a role in the development of rheumatoid arthritis, too.

At the beginning of the study and then approximately every two years, the women reported on their physical activity, weight and medical history using validated questionnaires. Every four years, they also answered questions about their diet for the past year, including how many sodas with or without sugar they drank.

During the course of the study, 857 women developed rheumatoid arthritis. After accounting for factors such as age, weight, smoking and alcohol use, the researchers found that women who drank more than one sugar-sweetened soda per day were 63 percent more likely to develop RA than those who drank less than one a month. (This does not prove drinking sugar-sweetened soda causes RA).

The increase in risk was seen only in women who went on to develop “seropositive” RA, which usually indicates more-severe disease, but not “seronegative” RA. Seropositive RA means that the patient’s blood tests positive for at least one oftwo autoantibodies linked to RA – rheumatoid factor (RF) and anti-citrullinated protein antibodies (also called anti-cyclic citrullinated peptides).

“Seronegative RA is a different phenotype from seropositive RA,” Hu says. “[The two] may have different genetic and environmental [causes]. They may even be different diseases.”

The study also showed that women who drank more soda tended to exercise less, consume more calories and have poorer diets overall than women who drank fewer sugary beverages. Even so, the risk did not seem related to weight.

But if weight gain or obesity isn’t the link between sugary drinks and RA, what is?

Noting that the increased risk was seen only in women with seropositive RA, Susan Goodman, MD, a rheumatologist at Hospital for Special Surgery in New York, says, “This is a group who are also more susceptible to the effects of smoking, suggesting that sugar may be an environmental stimulus similar to smoking in susceptible people.”

The study also found that older women who drank sugar-sweetened sodas had a greater risk of developing RA than younger women did and that the overall number of sodas consumed increased the risk in older but not younger women. Researchers say this makes sense because the effects of diet on health are cumulative, and it may be years before the chronic inflammation potentially caused by sugary soda finally causes rheumatoid arthritis symptoms.


Arthritis: What Exercises Work: Breakthrough Relief For The Rest Of Your Life, Even After Drugs & Surgery Have Failed

What is the most powerful arthritis treatment ever developed to help restore you to a healthy, pain-free, and vigorous life–for the rest of your life?
It’s the very same breakthrough that has:
–Helped more arthritis sufferers than drugs, surgery, or any other treatment–without dangerous side effects.
–Been widely prescribed by medical doctors and other health practitioners.
The answer? Exercise.

The exact cause of most colon cancers is unknown. About 75% of these cancers occur in people who have no known risk factors. Colorectal cancer is often found after symptoms appear, but most people with early colon or rectal cancer don’t have symptoms of the disease. Symptoms usually only appear with more advanced disease.  Do You Know The Symptoms ...